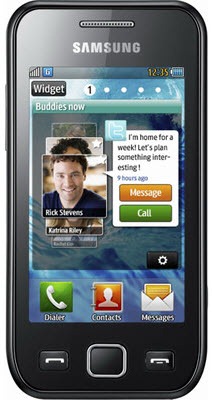 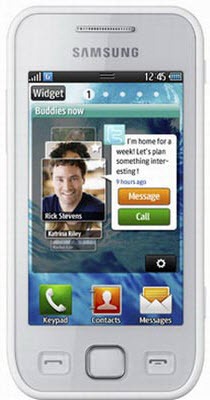 From the official Press release:

The Samsung Wave family has been designed for those who take socializing seriously. That’s why it features an integrated messaging solution – a one?stop hub for all your communications including SMS, Email, SNS, and Instant Messaging. It also features great media solutions to keep you entertained on the go, including diverse applications through Samsung Apps. The Samsung Wave family is the perfect mix of features and fun and a great way to be smarter about how you socialize.

The Samsung Wave525, EDGE version is currently available in Russia while Samsung Wave533 with QWERTY keypad will be launched in Russia starting from late October. These two products will be gradually rolled out to other global markets including CIS, Europe, Latin America, Asia, Middle East and Africa. In mid-November, Samsung Wave575 with support of 3G HSDPA network will come to Sweden and gradually to other markets including Europe, Southeast Asia and China.