The extremely anticipated Android 4.0 ICS update has finally started to roll out for the most popular Android device, i.e. Samsung Galaxy S II (SGS2). Yes, Samsung has now officially announced the availability of Ice Cream Sandwich update for users of SGS2 in European countries and Korea. Don’t be disappointed, Samsung will gradually roll out the update to other markets and for several other eligible Galaxy devices as well. 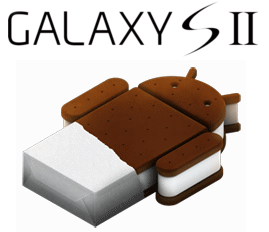 Here is the official announcement made by ‘Samsung Mobile’ on Google+.

We’re thrilled to announce that Android 4.0 Ice Cream Sandwich will be served to GALAXY S II users in the European countries including Poland, Hungary and Sweden, as well as Korea today, and gradually roll out to other markets.

The availability and scheduling of the software update and specific models upgradeable to Android 4.0 will vary by market and wireless carriers’ requirements.