Rovio Entertainment has finally released the much-awaited ‘Angry Birds Space’, a major brand new version of the Angry Birds game line-up. The game is available now for iPhone, iPad, iPod touch, Android devices, as well as for Mac and Windows.

Angry Birds Space introduces you to new adventures on planets, features 60 interstellar levels on planets and in zero gravity, resulting in spectacular gameplay ranging from slow-motion puzzles to lightspeed destruction. With brand new birds, brand new superpowers, and a whole galaxy to explore, the sky is no longer the limit! It also includes many hidden goodies, secret levels, and cool space content. The gameplay has been thoroughly optimized for all platforms, and it fully supports the Retina display on the new iPad. The PC version features the DANGER ZONE, the most difficult Angry Birds levels ever! Can you master the Danger Zone? 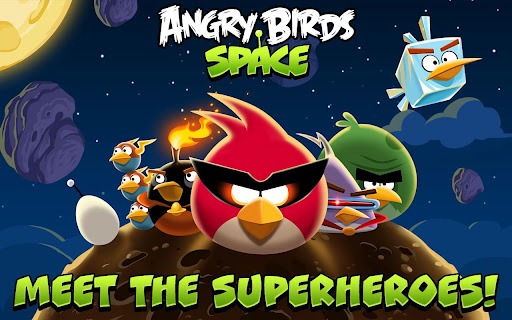 Angry Birds Space for Android is free with advertising. The Ad-free versions will also be available for $0.99, and there is an HD version designed for Android tablets for $2.99.

Update: Ad-Free version for Android is available for $0.99 at the Amazon Appstore.