It’s now officially confirmed that Apple is going to announce a new product on 2nd March which most probably will be iPad 2. This has been confirmed after Apple sent the event invites to some big web sources like Engadget, Loopinsight, AppAdvice, etc.

Apple iPad 2 special media event will be held at the Yerba Buena Center for the Arts Theater in San Francisco on March 2 at 10:00 AM. Below is the invite image sent by Apple with the tagline “Come see what 2011 will be the year of.” 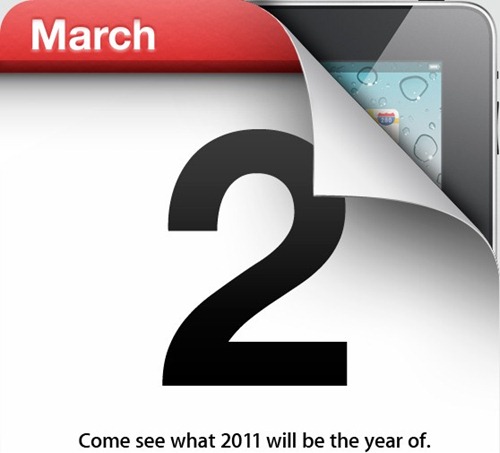 Check your Local Timings for the event here.