Apple iPad has now been officially released by Apple and it’s now time to share the features and specification of Apple Tablet, called iPad.

Apple iPad is a full multi touch device with a thin & light body, high-resolution LED-backlit, IPS display and offers much more than a portable computer. It is in 6 models: WiFi and WiFi + 3G with storage of 16GB, 32GB and 64GB.

The environmental checklist is similar to that of the laptops Apple’s currently building. 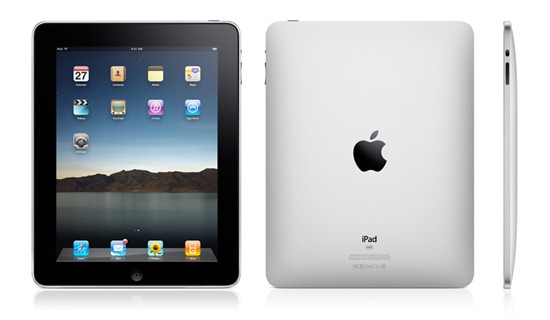 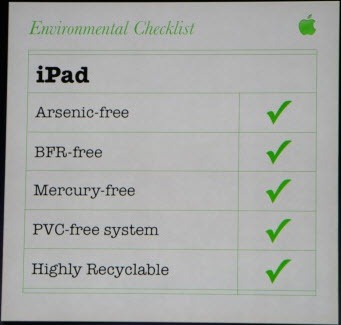 It’s going to run from the same App Store as the iPhone, but nothing is sure about its apps yet. The price list for iPad has also been announced! Check below:

iPad starts at $499 which is quite affordable and low priced 😀 All the 3G models will cost an extra $130. 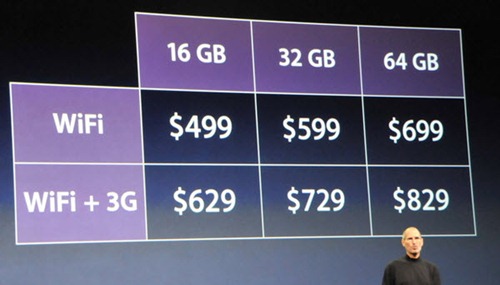 Apple iPad Wi-Fi models will be shipping in late March while 3G models will ship in April.