The year 2015 was a very busy one for ASUS in India and they have no plans to slow down as we move into 2016. It was not about the plethora of phones ASUS launched in the Zenfone series but a few of the models have been highly successful especially the mid-range phablet Zenfone 2 Laser that delivered a rock-solid all-round performance for its price. Speaking of mid-range phablets, they have dominated the Indian market because they offer so many features for around 10-15K INR. In the recent past, one of the top areas of focus for these mid-range phablets has been the battery. We have seen companies like Lenovo and Gionee bring in phones with massive batteries. ASUS does not want to be left behind and today in India has launched its own version of a marathon runner – the Zenfone Max.

The key highlight of the phone is the massive 5000 mAh Li-Polymer battery which gives 37.6 hours of 3G talk time or 32.5 hours of Wi-Fi web browsing or 72.9 hours of music playback or 22.6 hours of video playback as stated by ASUS. Like most of those massive battery phones, the Zenfone Max too will double up as a power bank when needed by charging other devices that can be plugged into it. 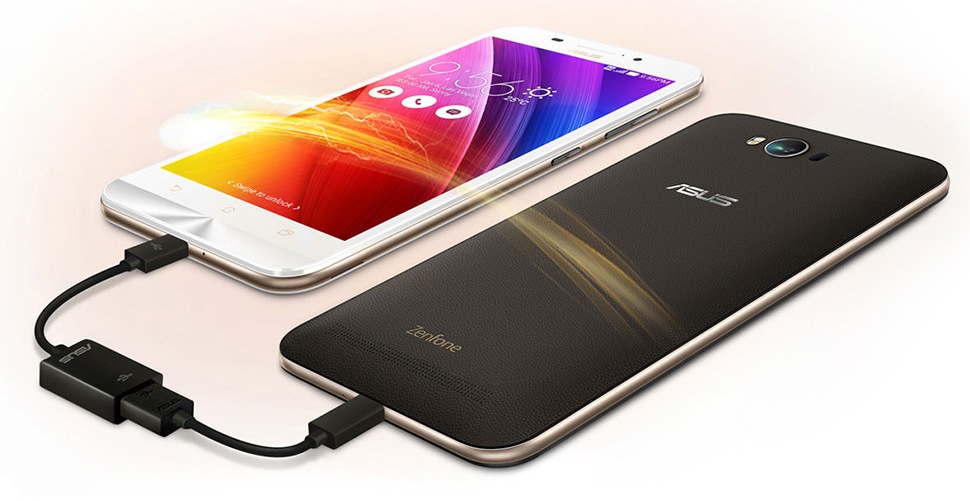 One annoying aspect of big battery phones is the fact that they become too thick and bulky denying them the appealing looks. But ASUS has done a commendable job in designing the Zenfone Max to be just 5.3mm in thickness and curved edges with an all-round metal frame to help. The phone comes with a 5.5” HD screen putting it in the same range as most of them in the Zenfone 2 series.

ASUS has not cut corners when it comes to the camera department, in carrying its success of the Laser phones. A 13MP rear camera built off a 5-piece Largan lens and f/2.0 aperture accompanied by dual-tone LED flash and ultra-fast laser autofocus capable of locking the subject in 0.03 seconds makes the Zenfone Max more than just a big battery phone. A 5MP wide-angle (85 degrees) front shooter will also take some good, wide selfies that we have seen from the Laser phones. ASUS claims that the camera duo has the ability to take some stunning low-light pictures with the camera module they come with. 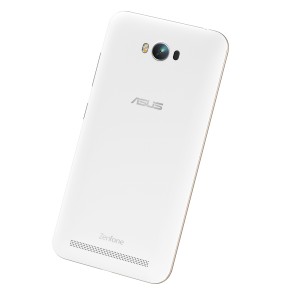 Where ASUS seems to have held back to keep the cost low is the processing power. The Zenfone Max comes with a 64 Bit Qualcomm Snapdragon 410 processor accompanied by 2GB of RAM. Adreno 306 GPU will ensure it can handle some medium-heavy games as well but this remains to be seen with just 2GB of RAM onboard. Zen UI based on Android Lollipop will power the phone.

16GB of internal memory is what the Zenfone Max gets and this will be the only variant. The good news is that this can be expanded up to 64 GB. Zenfone Max also supports dual sims, both of which can use LTE.

Zenfone Max priced at 9,999 INR certainly seems to be a good deal considering the battery and the camera module it offers. But if one is a heavy gamer or an intensive user then the processing ability may be a deal-breaker in which case Coolpad Note 3 with 3GB RAM comes under the radar. With the launch of the Lenovo K4 Note 24 hours away we will have to see if the Zenfone Max manages to catch buyer’s attention. ASUS Zenfone Max is up for pre-orders on Flipkart and Amazon now and will also be out in stores post mid of January.

Five Things I Want from Google in 2016