ASUS has yet again added a new product to their mega list of Zenfone smartphone series. The Taiwanese company has now launched a newer version of Zenfone Selfie in India that comes with cosmetic changes, few upgraded specs and a reduced price tag. The Zenfone Selfie with model no. ZD551KL was initially launched in India a year back at a price of Rs. 15,999 for 2GB RAM variant with 16GB storage. A while later, Asus came up with a 3GB RAM variant of this phone with 32GB storage for Rs. 17,999. The successor of Zenfone Selfie which is a selfie-focussed smartphone apparently offers best of both models launcher earlier along with a new look. 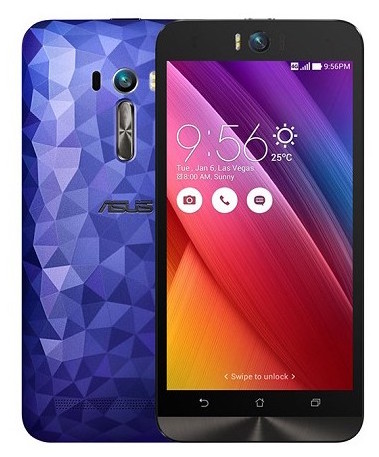 What’s New – The new version packs a diamond cut back cover as seen on the Zenfone Deluxe that gives it a premium and classy look. The RAM has been upgraded to 3GB and now the expandable storage supported is up to 128GB as compared to 64GB earlier. The phone will be available in different colours like Glacier Gray, Sheer Gold, Polygon-Illusion Diamond White, Illusion Polygon Blue, and Illusion Smooth Pink. Moreover, the priced has been reduced to 12,999 INR that makes it a much better deal.

The rest of the design and specifications of the phone remains the same. You can find them below:

The New Zenfone Selfie is now available exclusively on Amazon.in for 12,999 INR and will be available across retail outlets from September onwards.