Don’t mistake the below Carbon app with Carbon for Android, the much-awaited WebOS Twitter client which is yet to be released. ‘Carbon’ (Beta) for Android is a new app released by Koushik Dutta, the creator of the widely popular ROM Manager and ClockworkMod Recovery.

Carbon is a small and nifty app designed to Sync apps and app data between Android 4.0+ phones. After selecting the same Google account on both the Android phones, it connects to your Google Drive account and other phones linked to the same account. You can then select a specific or multiple apps and restore them from one device to another over an Internet connection (Wi-Fi/3G). The app initially asks for Superuser permission to run the backup server but works automatically after granting the rights. Moreover, it lets you Backup Apps to your SD card, Dropbox, or Google Drive. 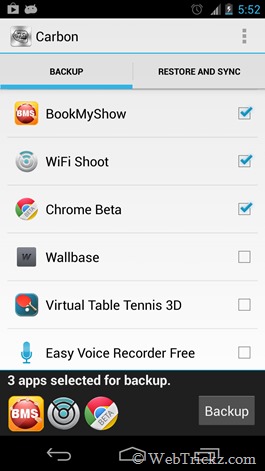 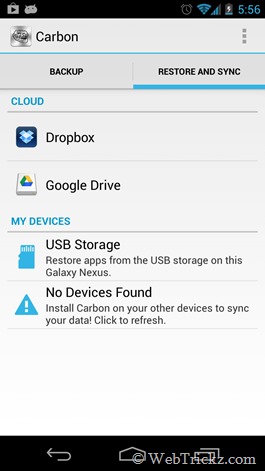 Watch the video tutorial on the Koush Google+ page for more info.

Note: The current beta version of Carbon requires a rooted device and will stop functioning after a week. However, the final version won’t need a rooted phone. Also, this test build may encounter some bugs and close unexpectedly.