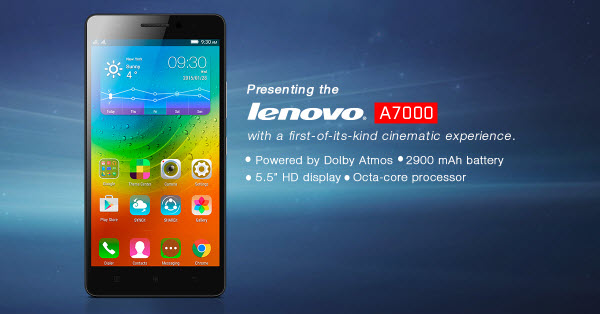 So Lenovo has launched the A7000 in India, for very competitive pricing of 8,999 INR. Now even before we get a chance to play with the devices, there are certain things that potential buyers would start pondering and we decided why not put together our initial thoughts on two important questions! After all, deciding on a phone has become such a tricky affair with so many OEMs throwing devices out there at such competitive prices and more often than not, the same pricing! So let’s jump right into it:

Well obviously this is the next-gen and hence the specs are bumped up. But is it really a BIG jump? We would say not so much. Here is why:

How do the A7000 compare with the competition?

Well, it would be immature to start comparing the device when we have not even got our hands on it. However, just looking at the spec sheet, the pricing, the performances from the competition and A6000, the A7000 would not be giving it a very tough fight: 8MP camera, MTK processor – will be the main points that buyers will compare with the Redmi Note 4G and the Yureka. But given the fact that Lenovo phones have the good build quality and good battery back up, it boils down to the choice of buyers. We have seen the Moto E (2015) successful to a certain extent though the Redmi 2 which is priced the same and offers much better specs. Motorola leverages on the ‘Trust’ factor and Lenovo here would be looking to do the same.

Do let us know your thoughts, feedback, and questions if any, and we will try to cater to that in the coming days once we get a unit to play around and as we come back with a detailed review, verdict, and comparative conclusions.