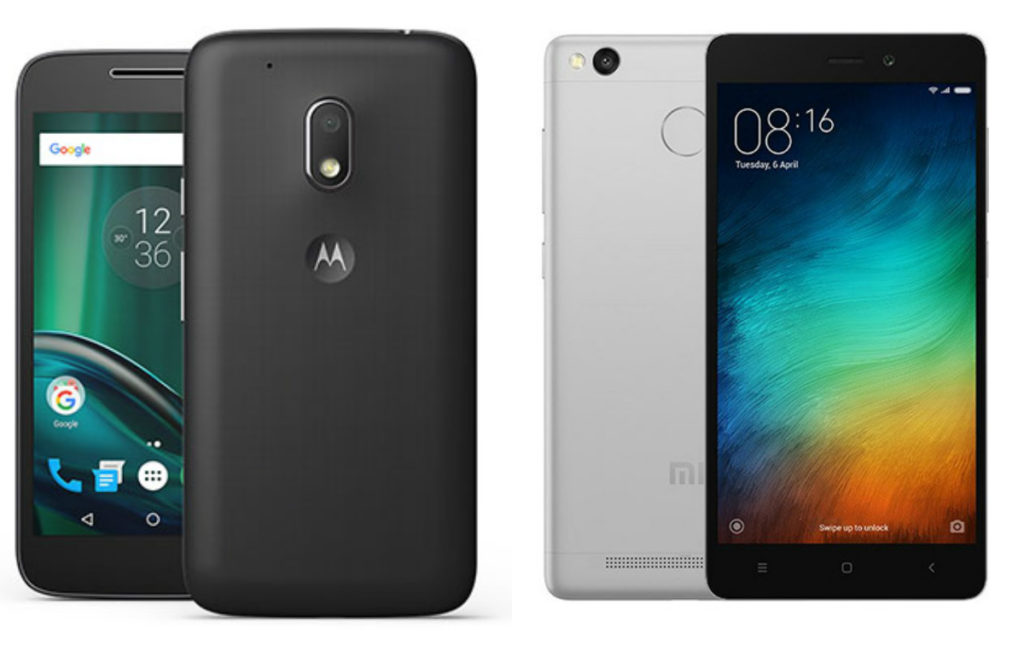 So Lenovo just launched the Moto G4 Play in India, the cheapest variant in the Moto G4 family and this comes ahead of the much-speculated launch of the Moto E3. With an asking price of 8,999 INR the Moto G4 Play directly takes on the likes of Xiaomi Redmi 3S Prime, Zenfone 2 Laser, and so on but the closest competitor would be the former. It’s obvious that one would start comparing these two to make a purchase decision. We have had the chance to use the Redmi 3s for a couple of weeks and we’re pretty impressed with its overall performance for the price. Lets quickly compare the two devices and give you our initial thoughts:

Clearly, on paper, Xiaomi’s Redmi 3s Prime comes off as a winner. But then it all boils down to one’s personal preference. If you’re someone who is hell-bent on a stock Android experience and care a lot about faster OS updates, don’t game much then Moto G4 Play is definitely the pick. But if you’re someone who intends to play a lot of games then the Adreno 505 on the Redmi 3s Prime is the one that will cater to you. But the Redmi 3s is being sold in a flash sales model and it’s so damn hard to get hold of one, while the Moto G4 Play is a much easier deal.

Which one would you pick up? Let us know in the comments section below!