With the release of the Xiaomi Redmi 2 in India, the battleground for entry-level phones in India has now heated up! And boy we do love it when this happens. So the closest contenders to Redmi 2 are the all-new Moto E and the Lenovo A6000. Just going by the spec sheet, looks, and price; Redmi 2 comes off as a better phone with a stunning camera, 4G support on both SIMs, and other features not to be found on either Moto E or Lenovo A6000. But it all boils down to one’s preferences and requirements about the OS and the design. We will hold off until we get to use the devices for a while before we comment on which device is good for what use cases and patterns. So let’s put all the three in one chart to see how the phones pitch against each other. 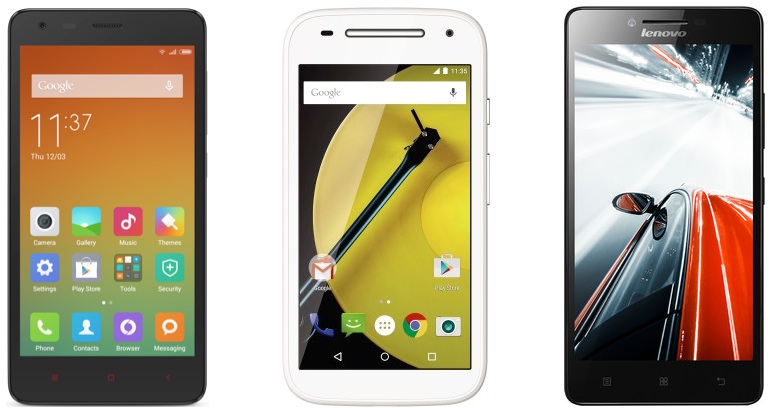 So is the Redmi 2 smoking out the other two? Before concluding we will wait for us to get a hands-on on the device. I have personally used the Moto E (2014) for a long time and for the last 2 months, have been using the Lenovo A6000 fairly regularly and I was pleasantly surprised as to how good the phone is. We would also like to ring your bell on the following infamous issues we all faced on the Redmi 1S which we will keep a lookout for when we test the Redmi 2: