by Mayur Agarwal
in Android, Comparison

Yesterday, Xiaomi launched its 5.5” smartphone “Redmi Note” in India that will be available for sale on 2nd December online at Flipkart. The Redmi Note has been launched in two variants – 3G version is priced at Rs. 8,999 and 4G version is priced at Rs. 9,999. Initially, Redmi Note will go on sale whereas the 4G model is said to be available in late December. Xiaomi has decided to sell the 4G version on Flipkart and through 100 Airtel exclusive stores as well in six cities – Bengaluru, Delhi, Hyderabad, Chennai, Kolkata, and Mumbai. Redmi Note 4G available in India has been specifically made for India. To buy it from Airtel, customers first have to register on Airtel’s site and then they’ll be able to buy it offline. 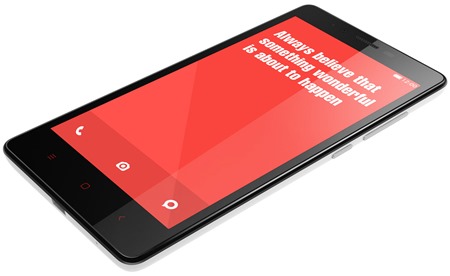 Redmi Note and Redmi Note 4G may look completely identical in terms of design and appearance, but they feature a pretty different hardware. The 4G variant launched in India comes with dual-band, that supports both TDD-LTE Band 40 and FDD-LTE Band 3. Besides others, the major difference between them is that both runs on an entirely different chipset – Redmi Note is powered by a 1.7GHz Octa-core MediaTek processor while Redmi Note 4G runs on 1.6GHz Quad-core Snapdragon 400 CPU. According to some reports, the octa-core model is better than Snapdragon one in terms of performance and power consumption. Moreover, Redmi Note 4G is a single SIM device while 3G supports Dual-SIM. The 3G model comes with Android 4.3 Jelly Bean while 4G comes with Android 4.4 KitKat, which is sort of disappointing even though 3G version will get the KitKat update eventually. Check the comparison below to get a quick overview of differences between Redmi Note 3G and 4G –

The above comparison should come helpful in figuring out which variant you should go for. Personally, we feel it’s wise to opt for the 3G variant as 4G is barely available is India and it comes with dual-SIM capability which is a significant factor for most people. However, we can’t judge the actual performance of both these devices until the actual comparison reviews and benchmarks tests pour in. Check our Mi 3 and Redmi 1S section for more interesting stuff!

Get Android 5.0 Lollipop Boot Animation on Mi 3 and Redmi 1S

Get Android 5.0 Lollipop Boot Animation on Mi 3 and Redmi 1S