Alien Swarm is a free top-down shoot-em-up shooter computer game and Source SDK release by Valve Corporation. It is a remake of the Alien Swarm mod for Unreal Tournament 2004, developed by the original team after they were hired by Valve.

Alien Swarm is a new game, recently released on Steam by Valve as a full version and is available free of charge.

The game thrusts players into an epic bug hunt featuring a unique blend of co-op play and squad-level tactics. With your friends, form a squad of four distinct IAF Marine classes. Plan your attack using an unlockable arsenal of weapons with countless loadout configurations against a wide variety of aliens. Blaze your way through an overrun, off-world colony, eradicating the alien infestation in environments ranging from the icy planet’s surface to a subterranean lava-flooded mining facility. 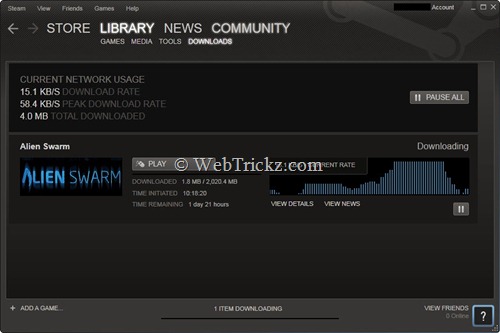 The game is currently available for Windows and requires Steam client to be installed.