by Mayur Agarwal
in Mac, Software

Samsung has finally released the much awaited Kies software for Mac OS X users. Kies is similar to PC Suite that allows you to manage, backup, and update the firmware of your Samsung smartphone using a Windows system and now Macs too! Mac users would now be delighted because they no more need to get hold of a Windows PC, just to update the software on their Samsung phones.

Using Kies, one can sync the phone contacts, transfer the data like music and videos from mobile to PC, and it automatically notifies about a new firmware version when the device is connected to PC. Kies improves device performance by updating it to latest firmware and is a must have software for users with powerful devices like the Galaxy S, Galaxy S II and other major Android based phones. 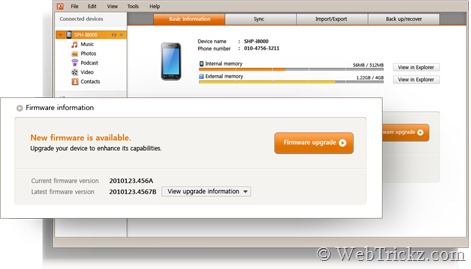