MP4 is one of the most common and popular video format supported by a vast majority of portable devices such as smartphones, Android phones, iPhone, iPad, iPod touch, PSP, etc. FLV is another widely popular video format and also the default container for YouTube videos but barely any Android device supports playing FLV video. Though, one can always convert a FLV video to MP4 using some video converter program but that isn’t something most would like to do. Luckily, we found some free apps for Android that lets you play Flash Video FLV, MKV and AVI files without the need to root and they work even if your device doesn’t supports Adobe Flash Player.

RockPlayer for Android is a great and efficient media player, that takes advantage of device hardware decoder and FFmpeg plugin, to support almost every file format and most codecs. The app can smoothly play media downloaded from the web, such as videos and movies – supports .AVI, .FLV, .MP4 and .MKV formats. The playback quality is pretty good, has options to fast forward and view file information in a click. It even loads the subtitle (.srt) file automatically and lets you customize the size and color of subtitle text. To use it, just put the video on your sdcard and power up RockPlayer. Then just navigate to the media folder on external storage and play the desired file. 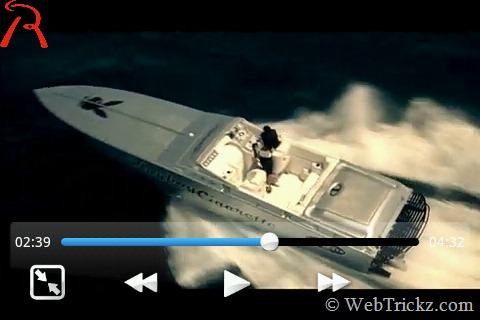 It has 2 decoding modes – Hardware decoding mode and Software decoding mode. Cons: Some low end Android devices with slow processor might not be able to handle big size and officially unsupported videos via Hardware mode, so try using the software mode (if Hardware doesn’t works). You might also see the video lagging behind the audio, thus not syncing properly because of deficient hardware. The lite version of RockPlayer is free without any ads but a distracting R appears over the video.

MoboPlayer is another free and smart player for Android that has no watermark and less limitations as compared to RockPlayer. The app has a cool user interface and supports various popular video and subtitle formats. It scans and displays an entire list of your videos along with their thumbnails. The playback is smooth and of high quality, plus it offers impressive touch gesture options to control the screen brightness, audio and fast forward a particular video while playing. You may experience a video lag when playing FLV or MKV files, depends mainly on device hardware. Note: After installing it, you need to install the MoboPlayer Codec from Android market when asked. 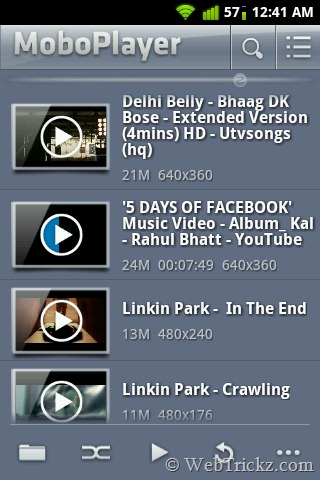 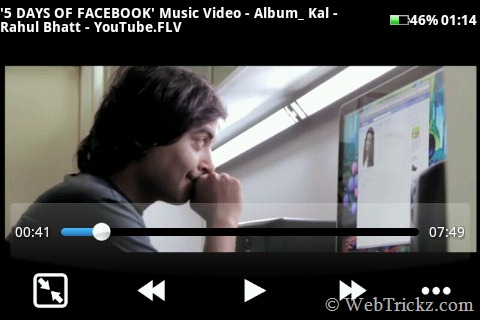 Moai FLV Player is simple and free FLV Player that can play .flv videos located on SD card of your phone. Just one downside, that it requires Adobe AIR 2.7 that might be incompatible with some Android devices. 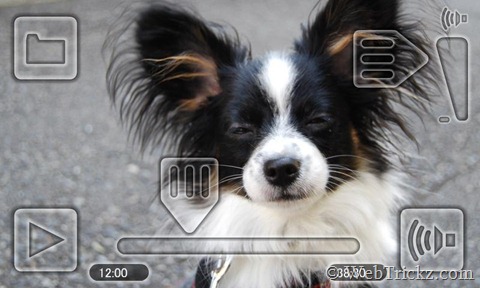 Do try out the above free media players and stick to the best one if any. 🙂