Screenshots are really useful as they show the exact image captured from the computer. Personally, I recommend SnagIt to capture screenshots, videos with advanced features. But it costs you a $49.95 to use its full version. So, I’ve found a free alternative which is very similar to SnagIt and is easy to use.

Screen Capturer is a free and easiest tool for capturing screenshots and demos from your desktop. It makes capturing, printing and emailing screenshots too easy. Use the "PrtScr" (print screen) button on your keyboard to capture screenshots with multiple options. 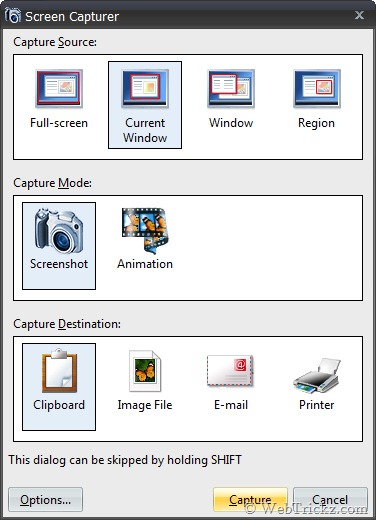 Screen Capturer also captures sequences of screenshots as animated demos that you can email to others or put on the Web. Keyboard shortcuts are also available to make task easier.

How to enable check boxes feature in Windows 7 & Vista to select files and folders ?

How to Reply to a Specific Message on Instagram 2020

Can I Turn Off Orange and Green dot in iOS 14 on iPhone?