Google and Samsung just announced the GALAXY NEXUS that comes integrated with the new and refreshing ‘Android 4.0’. The Galaxy Nexus is a powerful smartphone loaded with latest software but it doesn’t has anything much different in comparison to SGS2, except a bigger and more brilliant display. Check yourself by comparing both the devices below: 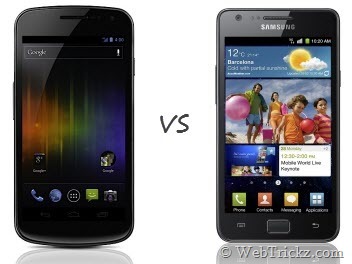 Specs Comparison between GALAXY NEXUS and Galaxy S II (i9100)

If Samsung Galaxy S2 gets the Android 4.0 update then I don’t think current SGS2 users would find the need to upgrade to Google Nexus. That’s my view, share yours below. 🙂

Jump Around the World With iOS Location Spoofers