It applies adjustments in the registry, it installs programs of third, skins and visual extras like sounds, styles, etc. It makes a backup of its archives in case that it needs to recover them. Seven Remix XP is easy to install and it is completely removable. 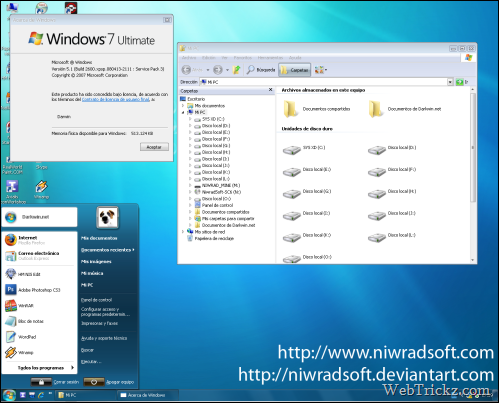 This installer is designed to work on the following operating systems and languages: