Gionee, the Chinese smartphone maker has now listed ‘Marathon M3’ on its official website, which is a successor to Marathon M2. M3, the new mid-budget smartphone by Gionee isn’t announced and launched officially yet in India. In comparison to M2 (with a 4200mAh battery), the Marathon M3 packs a whopping 5000mAh battery that has enough juice to power your phone for a significantly long duration. The pricing of Gionee M3 isn’t announced yet but a seller at eBay India has listed it at Rs. 13,999. We feel the actual price would be less though. 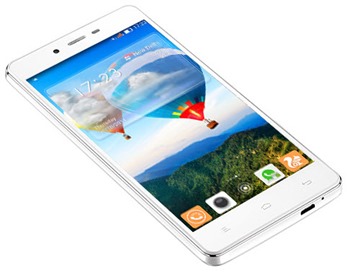 Marathon M3 packs a huge 5000mAh removable battery with a standby time of up to 32.8 days and talk time of 32.46h(3G)/ 51h(2G). It comes with native USB OTG support, so users can easily plug-n-play their media files while on the go. The phone weighs 180.29g without battery and after coupling with a 5000mAh battery, it would weigh above 200g which is quite bulky for a typical user. Even with a huge battery it’s just 10.4mm thick.

The device comes with OTG Reverse Charge, an innovative feature to help users attend calls even if the battery of some other phone is running low. The device also comes with a very interesting feature ‘Hotknot’ that allows two phones to exchange photos and videos in an instant as long as their screens are put together.

Comes in 2 colors – White and Black.

We’ll update the post with Gionee M3 pricing in India as it gets announced.

Update (Nov 5th) – Gionee has officially introduced the Marathon M3 in India. The Marathon M3 will be available at a MOP (Market operating price) of Rs. 12999 in India.