Google Chrome 8.0 Final is now out with the release of the latest Stable v8.0.552.215. You can easily update Chrome to v8.0 by going to Tools > About Google Chrome. An offline standalone installer of Google Chrome Stable 8.0 is also available for download below. 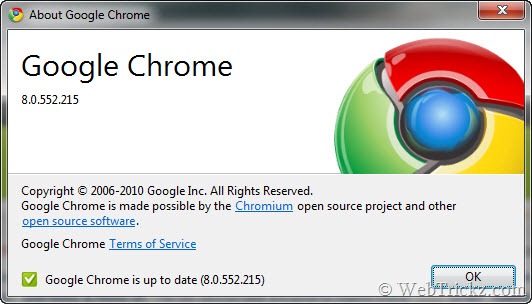 The Chrome team is happy to announce our latest Stable release, 8.0.552.215. In addition to the over 800 bug fixes and stability improvements, Chrome 8 now contains a built in PDF viewer that is secured in Chrome’s sandbox.  As always, it also contains our latest security fixes, listed below.  This release will also be posted to the Beta Channel.