by Mayur Agarwal
in Google, iPhone

Google+ (Google Plus) app has been finally released for the most popular mobile OS platform “iOS”. The official Google+ iOS App is now available for Free over at iTunes App Store for iPhone 3G, iPhone 3GS, and iPhone 4 (Requires iOS 4.0 or later). But the personalised Google+ app for iPad is not available yet.

Google+ for mobile makes sharing the right things with the right people a lot simpler. Huddle lets you send super-fast messages to the people you care about most. And no matter where you are, the stream lets you stay in the loop about what your friends are sharing and where they’re checking in. 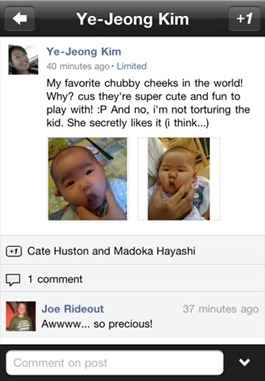 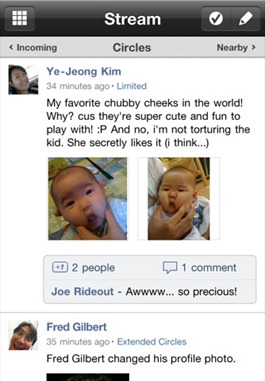 Note: Google+ is only available for users 13 and older.

Update: It seems Google+ iOS App doesn’t even supports iPod touch. See the error I got while trying to install it via iTunes. 🙁