Finally, Greenpois0n is released by the Chronic Dev Team and is available for download for Windows, Mac version coming soon. The greenpois0n jailbreaking tool was previously confirmed to be released on October 10 but was delayed due to some issues. 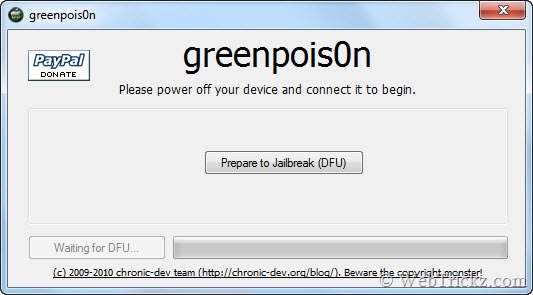 Thanks to geohot for the bootrom USB exploit. We have opted to use that instead of SHAtter for the sake of exploit presevation.