by Mayur Agarwal
in Freebies, Software

Firefox 3.1 Beta 2 is available in over 50 languages as a public preview release intended for developer testing and community feedback. It includes new features.

The Firefox 3.1 Beta 2 is a free download for all platforms.

Digsby is a multiprotocol IM client that lets you chat with all your friends on AIM, MSN, Yahoo, ICQ, Google Talk, and Jabber with one simple to manage buddy list. 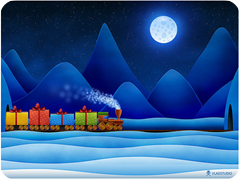 but now here are some more beautiful Christmas and Winter Wallpapers for all my Readers.

Opera has released an update to its browser making its version 9.63. The update is available when checking the Help > Check For Updates option from within Opera. It can also be downloaded from the Opera website for all supported operating systems including Microsoft Windows, Apple Macintosh, Linux.

Here is the list of security issues that have been fixed in Opera 9.63

ZoneAlarm is probably the most well-known of firewalls, partly because it’s free for personal use, but also because it’s effective and very simple to use. This latest version now works with Windows Vista.

The online encyclopedia Wikipedia has finally released a mobile-friendly version of the web site at mobile.wikipedia.org. The site offers a trimmed down version of Wikipedia proper, supports 14 languages, and even has a mysterious Spoken Wikipedia setting that—though currently not enabled, may one day read Wikipedia articles for you.

Mac OS X 10.5.6 update is now available, and promises improved reliability and stability throughout. Listed as a 190MB download (on my MacBook Pro at least), here’s the full rundown of what you get in 10.5.6  [ via ]

But now you can get the Professional Edition of EASEUS Partition Manager worth $31.96 absolutely FREE from AskVG.