How to Read Mentions/Replies of others profile on Twitter

A mention is any Twitter update that contains @username anywhere in the body of the Tweet. (Yes, this means that replies are also considered mentions.)

However, if you’re interested in peeping the Mentions aka Replies of someone else profile on Twitter, then we have some simple tricks to check the Mentions of any person. This is not possible using the web interface of Twitter but can be easily done using the Official Twitter App and TweetDeck App for iOS and Android devices. Unfortunately, if you don’t have access to Twitter via mobile then ‘TweetDeck App for Chrome’ will do the job!

Twitter for iPhone (iOS): Open any tweet of the desired profile, then click on the small white arrow to open his profile. Now tap the @ button to open their Mentions as shown: 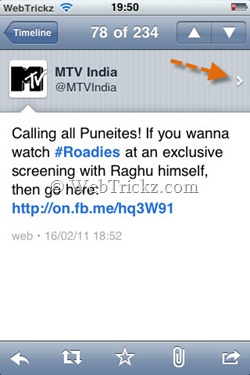 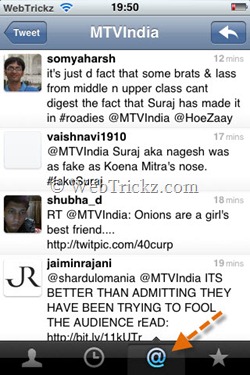 Twitter for Android: Open any tweet of the desired profile, then click on the small grey arrow to open his profile. Now tap the @ button to open their Mentions as shown: 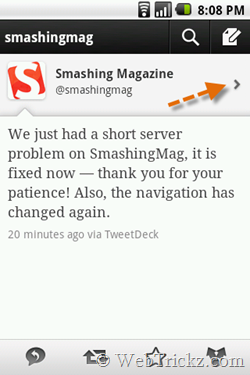 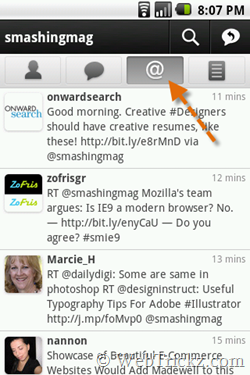 If you’re using TweetDeck App on your Google Chrome browser, then just launch the Tweetdeck app, click the profile image of the desired person. A new column will pop out listing some options, just click on the ‘Mentions’ tab to open and explore it. 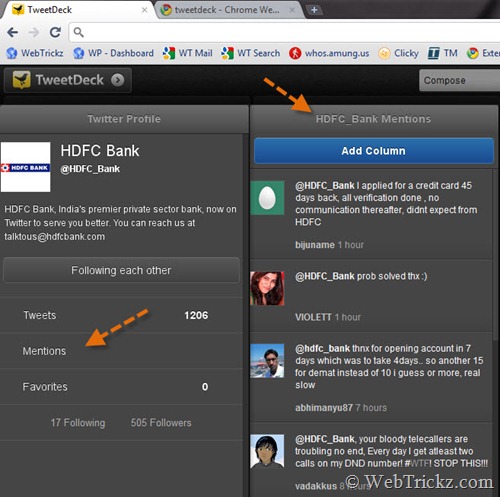 Update – Additionally, here is another easier way shared by @arpitnext to accomplish the above task directly using Twitter’s web interface. Just log in to Twitter and enter the desired profile username in the ‘Search’ bar. For instance: @web_trickz 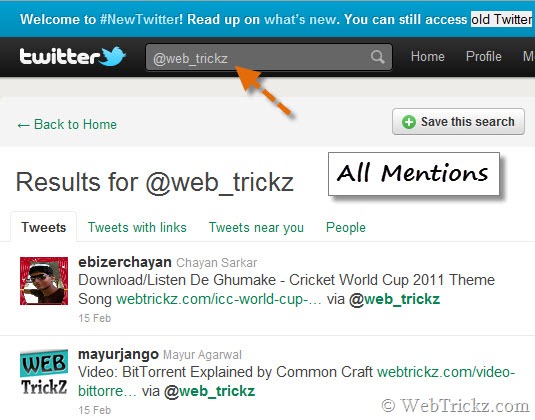 You can then see all the mentions related to that particular account.