by Mayur Agarwal
in Gadgets, News

HTC has just announced their tablet named “HTC FLYER” at the MWC 2011, Barcelona. HTC Flyer is a compact and powerful Android tablet that runs on a 1.5 GHz processor, features a 7-inch display, 1GB RAM, 32GB Internal memory, high-speed HSPA+, 5 MP camera with Auto Focus. It is small, light and has a sleek aluminum unibody design with natural touch and pen interaction. Read more features after the jump. 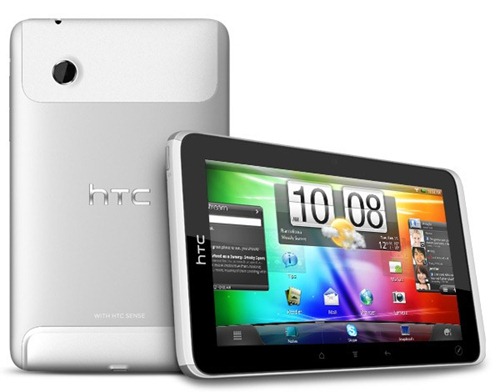 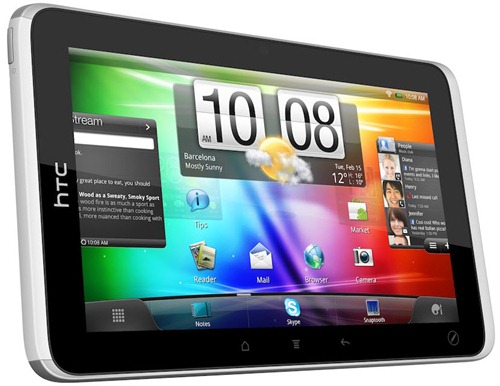 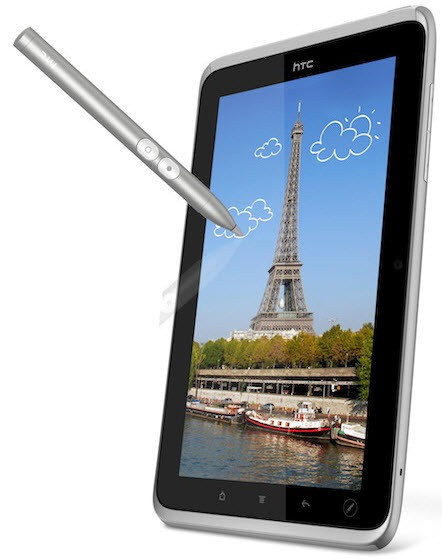 Check the Official Press Release and Specifications of HTC Flyer below:

“Clearly, smartphones have transformed our lives but as we observed how people use smartphones, computers and other technologies, we saw an opportunity to create a tablet experience that is different, more personal and productive,” said Peter Chou, CEO of HTC Corporation. “We are progressing down a path as an industry when people will no longer be in a single device paradigm, but have multiple wireless devices for different needs; this is the direction we are moving.”

Encased in a sleek aluminum unibody, the HTC Flyer tablet exudes the iconic style and build quality HTC is known for. It is also ultra-light, weighing as little as a paperback book, and compact enough to fit in a jacket pocket only. With a seven-inch display, lightning fast 1.5Ghz processor and high-speed HSPA+ wireless capabilities, the HTC Flyer tablet is perfect for those who have been waiting for a tablet that is both compact and powerful.

HTC Sense revolutionized smartphones by placing the person at the center of the experience. HTC Flyer’s tablet-focused HTC Sense experience focuses on surprising and delighting people with its gorgeous 3D home screen. A unique carousel of widgets puts a user’s most important content and information at the visual center of the experience. The HTC Flyer tablet also offers uncompromised Web browsing with Flash 10 and HTML 5.

Touch interaction lights up the HTC Flyer tablet experience, but it also offers a groundbreaking pen experience. With the new HTC Scribe Technology on the HTC Flyer tablet, people can rediscover the natural act of writing. HTC Scribe Technology introduces a wave of integrated digital ink innovations that make it easy and natural to take notes, sign contracts, draw pictures, or even write on a web page or photo.

HTC Scribe Technology on the HTC Flyer tablet transforms traditional note-taking into smart note-taking by integrating natural onscreen writing with thoughtful and integrated innovations. A feature called Timemark enables you to capture the audio of a meeting in line with your written notes, so tapping on a word in your notes instantly takes you to that exact place in time in the audio recording of the meeting. Notes are also integrated with the calendar so when there is an appointment reminder you are automatically prompted with an opportunity to begin a new note or in the case of recurring meetings, to continue where the last meeting left off. In an industry first, the HTC Flyer tablet also features built-in synchronization with Evernote™, the world-leading notes application and service.

HTC takes mobile gaming to an entirely new level by being the first mobile device in the world to integrate OnLive Inc.’s revolutionary cloud-based gaming service. OnLive is leading in the home gaming market by letting people play top video games on their televisions and computers without the need to buy expensive gaming hardware or software. When integrated fully, the OnLive service will enable customers to pipe the OnLive service through the HTC Flyer tablet’s broadband wireless to their television sets, or let them play directly on the tablet. When integrated on the HTC Flyer tablet, people can play a variety of games, including hits like Assassin’s Creed Brotherhood™, NBA 2K11 and Lego Harry Potter™.

HTC Flyer will be available to customers globally during Q2 2011. 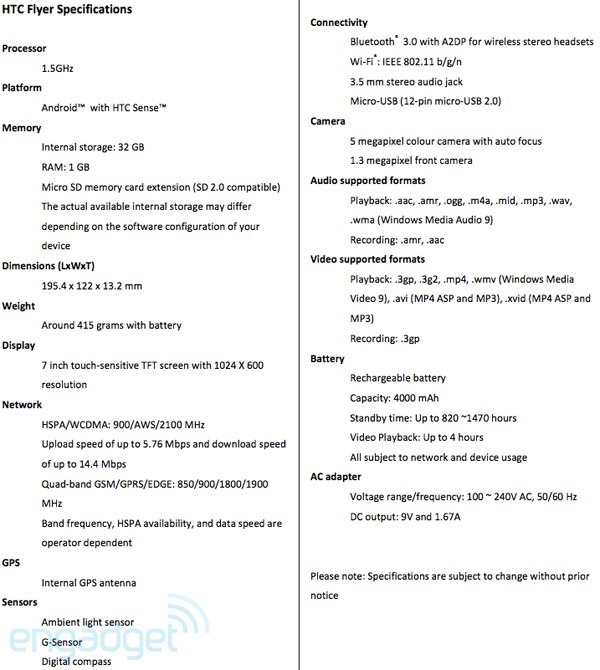