HTC One Max vs HTC One [Comparison]

The HTC One Max is now officially announced, a super-sized smartphone that brings the award- winning design, functionality and performance of the HTC One in a bigger form factor. The phone features a new Fingerprint Scan feature, Android 4.3, upgraded HTC Sense v5.5, 5.9” Full HD display perfect for enjoying photos, videos and movies on the go. Unlike the HTC One, Max comes with removable back cover with expandable storage option up to 64GB via micro SD card and a 3300 mAh battery which can be further increased up to 4500 mAh using the optional HTC Power Flip Case, that integrates a stylish 1200mAh battery. The case powers the device using the pogo pins on the back. Apparently, the HTC Max isn’t powered by the latest SOC i.e. Snapdragon 800 chip, camera lacks OIS, no beats audio, and lacks premium looking chamfered edges; which is sort of disappointing for such a high-end smartphone. 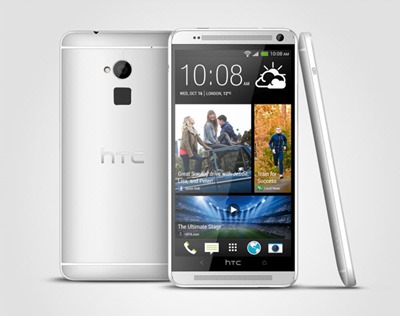 Technical Specs Comparison between HTC One Max and HTC One –

Global Availability – The HTC One max will begin rolling out across the globe from mid – end October. See specific regions for details.