by Mayur Agarwal
in Internet, Security 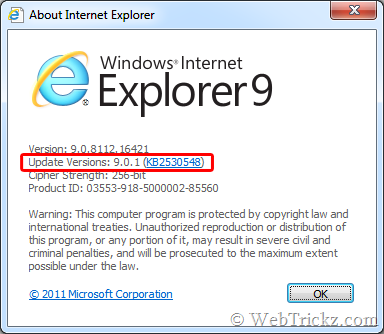 The update is now available via Windows Update, so those who have enabled automatic updates do not need to take any action. You can also get the KB2530548 Update manually from Windows Update or download the applicable update using link below, install it to protect your computer and get all the fixes till date.