InFocus has been teasing their new phone, the EPIC 1 for a couple of weeks and finally today they’ve officially launched the phone at a competitive price of 12,999 INR, in a category that is highly crowded with tons of mid-range phones coming with 5.5″ screens mostly. InFocus has been making improvements to their services, the various OTA updates that come in for many of their phones and such, and are trying hard to make an impact in the highly crowded space in an attempt to stand out with their offerings. So what is this Epic 1 all about? Let’s find out. 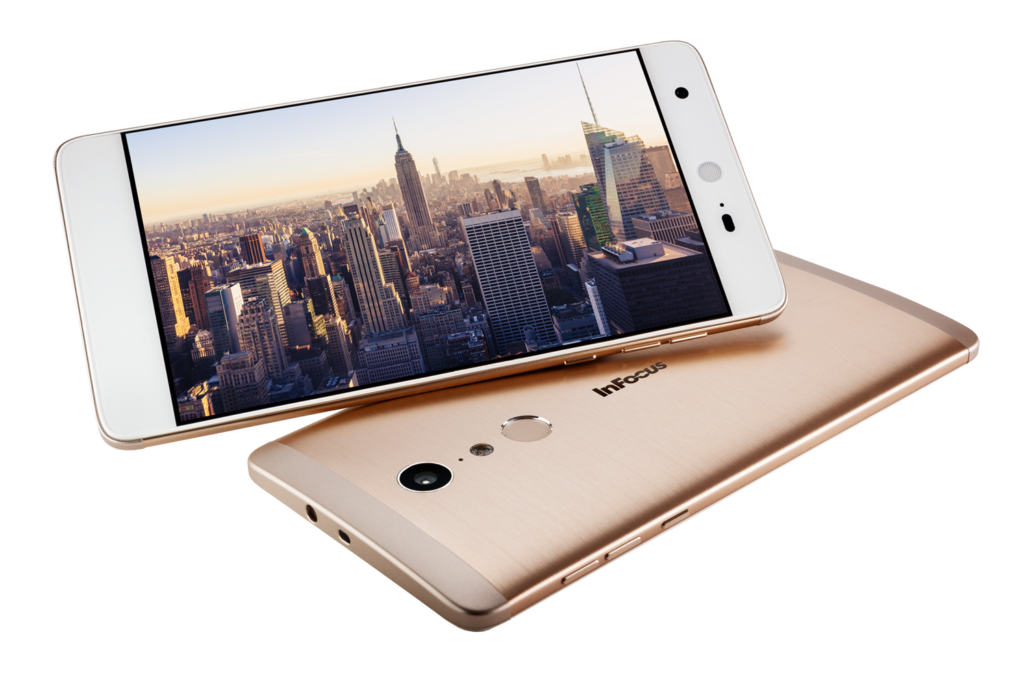 The Epic 1 comes with a 5.5″ Full HD LTPS display with Gorilla Glass protection packed into a metallic unibody design with a curved back and a brushed metal finish. Weighing close to 160 gms and coming in at a thickness of 8.4mm, the Epic 1 is nowhere close to a single-handed usage phone. InFocus states that they’ve used a fast touch panel with a frequency rate of 120Hz that provides 50% more sensitivity than other phones in the range and allows superior and smooth on-screen transitions.

Under the hood, the Epic 1 comes with a MediaTek Helio X20 MT6797M Deca-core processor that is clocked at 2.1GHz coupled with a Mali T880 GPU and packing 3GB of RAM and 32 GB of internal memory that can be expanded up to 128GB via a hybrid slot which otherwise can support 2 SIMs both of which can have 4G LTE. The phone packs a 3000mAh battery that is non-removable and is charged via a USB Type C-port with support for fast charging.

On the camera front, there is a 16MP rear shooter with dual-tone LED flash, Auto Image Stabilization, and PDAF which gives it a lot of power on the imagery front. The front-facing 8MP camera comes with an f/1.8 aperture and wide-angle, a combination that is unique in its price range again.

With a fingerprint scanner on the back that is claimed to be working at a pace of less than a second, the Epic 1 also comes with an Ambient Light sensor, Proximity sensor, Accelerometer, E-compass, Gyroscope, magnetic sensors which is quite commendable. The phone also has support for VoLTE out of the box. Another interesting feature is the IR Blaster which we’ve seen on the Redmi Note 3. The phone runs on InLife UI built off Android Marshmallow.

Coming at a price of Rs. 12,999 with what InFocus has offered, the Epic 1 looks to be a bang for the buck on the spec sheet with Redmi Note 3 being one of the top sellers in its segment but rather struggling on the camera department where the Epic 1 can beat it if the hardware is any indication of the output it can offer, along with InFocus’s tall claims. For now, the phone ticks almost all the right boxes with the rich sensor support, VoLTE support, IR Blaster, and unique camera features. The phone goes on sale exclusively on Amazon.in from October 25th.