Another day, another smartphone launch, or should we say a set of phones. And by yet another Chinese company. LeEco, formerly known as LeTv has been teasing its promos for a while now. The company became popular as the first phone maker to adopt Qualcomm’s latest offering for flagship phones, the Snapdragon 820 in the form of LeTv Max Pro. And the company also rebranded themselves to LeEco to get rid of the “TV” portion in the name in telling the world they will not be limiting themselves to a specific set of product lines, similar to their competitor Xiaomi which is known for entering into various product lines.

So LeEco officially pulled the curtains off its two phones, one of which is a powerful flagship phone and the other which is a midrange phablet which is a no slouch either. Let’s have a look at what both the phones bring. 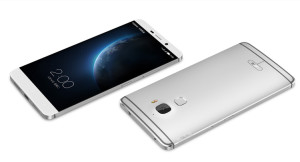 Starting off with the Le Max (the company has retained the LeTv name for this launch), the phone is a huge one and not the first one we have seen in the recent past – 6.33″ display. We saw QiKu Terra with 6″ and LeTv Max tops that. It is a QHD screen packing a pixel density of 2560*1440 making it one big vibrant screen. With 1.4mm padding on the edge of the phone, the design is aiming at an almost bezel-less phone. Under the hood is the Snapdragon 810 64-bit Octa-core chipset accompanied by 4 GB of RAM making it a powerhouse. It is loaded with a 21 MP f/2.0 Sony IMX 230 camera module at the rear with dual-tone LED flash and the front shooter is a 4 MP module. Powering the EUI based on Android 5.1 Lollipop will be a 3400 mAh battery. The phone also has Dual SIM ability and has an internal memory of 64 GB / 128 GB. With sensors like Gyro, FingerPrint Scanner, Light sensor, Gravity, Proximity, Compass, Hall sensors, Barometer the phone ticks most of the required ones in this department. Coming at a hefty 204 gms the phone will be available in Silver and Golden colors. The 64GB variant of Le Max is priced at 32,999 INR and Le Max Sapphire 128GB variant costs 69,999 INR. 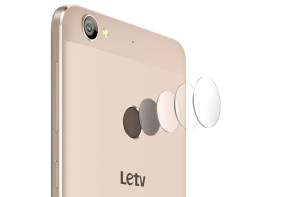 The Le 1s is a midrange phablet coming at a 5.5″ FHD screen packing 403 pixels per inch. The phone is powered by a very successful MediaTek Helio X10 MT6795T Octa-core chipset accompanied by 3GB of RAM. With an internal memory of 32GB, this phone would support dual sims both of which can talk to 4G LTE sim cards. A 13MP shooter sits at the back of the phone with LED flash, the module supports PDAF. A fingerprint scanner too sits beneath the primary camera. The front shooter is a 5MP camera. Powering the EUI based on Android 5.1 Lollipop will be a 3000 mAh battery, that supports Quick Charge 2.0 which is very handy and has USB type C support. The phone is also rich in the sensors department with a light sensor, gravity sensor, proximity sensor, Infrared ray remote control, and compass. LeTv 1s weighs around 164 gms which is around the same lines as other phablets in the price range. The phone comes in gold and silver colors at a price of 10,999 INR for a 32GB variant.

Both the phones are very interesting offerings from LeEco and the phablet wars will only get bigger with Lenovo K4 Note creating a lot of buzz with its offering. We hope this will nudge Xiaomi to speed up its Redmi Note 3 launch here in India as they have been very bad at bringing new products here and it’s been quite a while since they did anything interesting at all to the Indian market. We will hope to get our hands on the device and bring you more details!

Availability – The devices will be exclusively available on Flipkart and the first sale happens on 2nd Feb. Registrations begin today!