Lenovo A6000 Plus Review – A rock solid entry level phone

Lenovo sold 3,00,000 phones in a jiffy with its first-ever offering in the form of the A6000 at a rock bottom price of 6999INR. It was not just because of the specs that folks went crazy but also the TRUST associated with the brand and their unbeatable post-sales service. And the brand Lenovo always has been associated with the notion of sturdy devices and it still holds good in this context! Leveraging on the sweet success they went onto release a slightly upgraded version of the A6000 and call it the A6000 Plus and boy did this upset the plans that Xiaomi had with their long-promised “limited edition” Redmi 2 which we think will never ever arrive going by the current ongoing and Xiaomi’s track record of keeping up their promises.

So is the A6000 Plus a worthy upgrade? Does it justify the 500INR extra it demands? Well in one aspect this doesn’t matter as the A6000 has been discontinued so the main question is the second one. Allow us to take you through the complete details of the phone and we will let you make an educated decision as to buy or not or go with an alternative!

What’s In The Box? 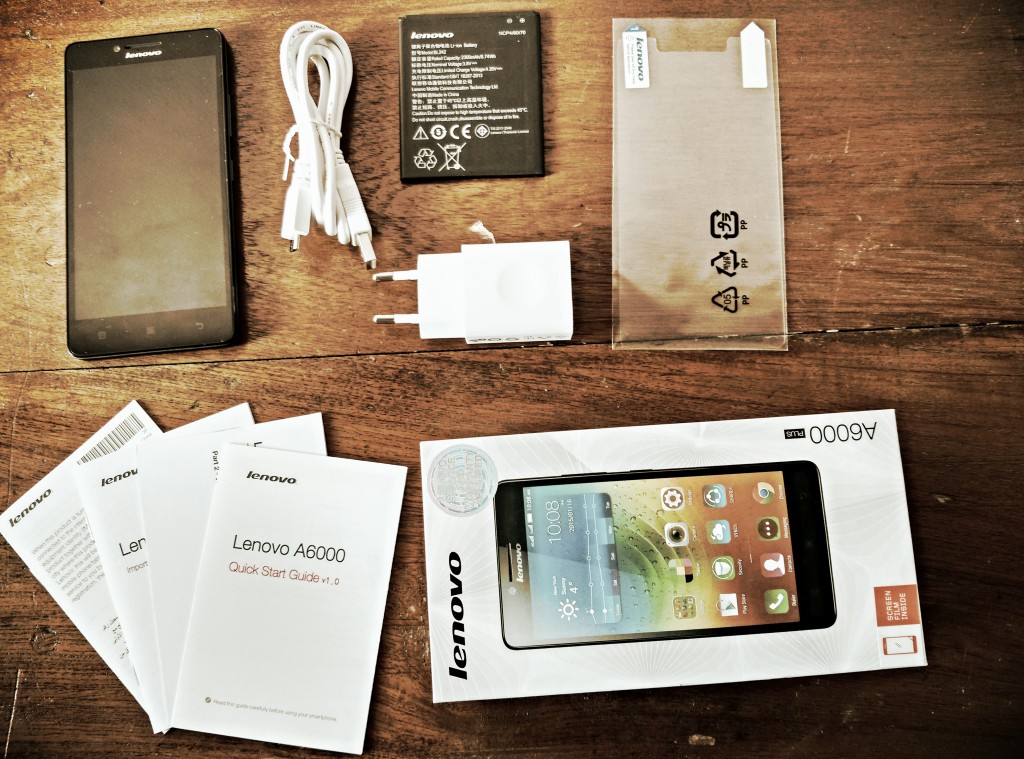 Pretty much the same as its predecessor, the A6000 Plus comes at 8.2mm thick and weighs 128gms. While that tells you it is a light device to hold, the rest of the dimensions (141*70mm) will let you know it’s a handy device coming with a 5-inch screen that packs in as much as 294 pixels per inch with a resolution of 1280*720. Well, nothing WOW out there but not bad either considering the price (you’d find me say this multiple times now!) but we cannot help but complain that there is no protection in the form of Gorilla Glass or something. The Redmi 2 or the Yuphoria come with protection and the displays are a tad better in terms of rendering those colors but the A6000 Plus delivers a warmer screen and may not be truly enticing for some. Capacitive buttons are placed at the bottom but are not backlit which is actually a bummer but that has become common in most of the phones that are trying to cut costs. Zenfone 2 being a flagship device doesn’t have the backlight – damn! it is such a pain to use it in the night time and one has to rely on the screen to give you feedback via the feeble vibration telling you hey here I am! 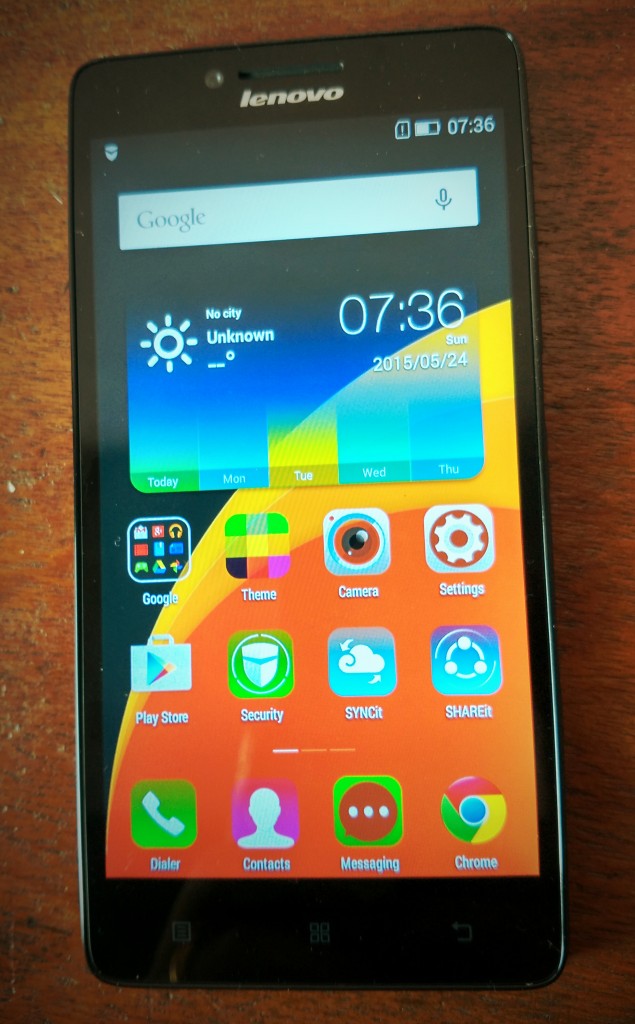 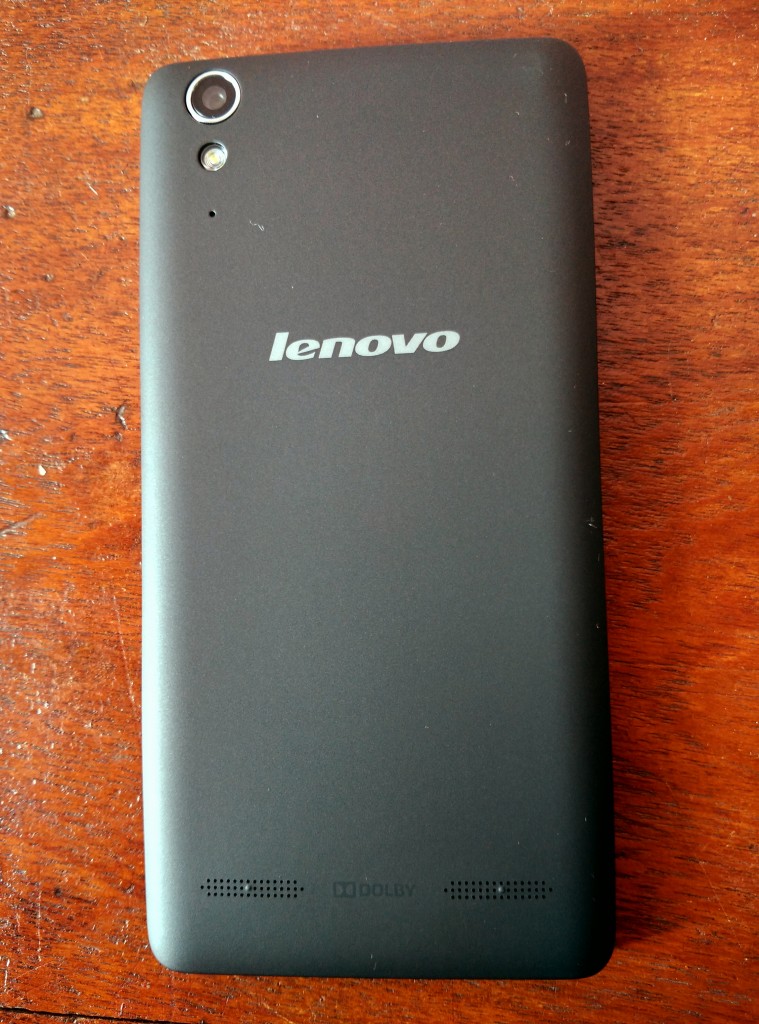 The overall design is a simple slim rectangular slab! Power and volume rockers on the right that provide good tactile feedback, the 3.5mm audio jack, and the micro USB charging slot (rather a strange choice of placement!) on the top. The other side has nothing and the bottom too. The back of the phone holds the 8MP shooter with a single LED flash and pair of speaker grille at the bottom that is powered by Dolby Digital that ensures a wicked awesome output (more on this later) Take the thin cover off the back and you’d notice a 2300 mAh battery that can be removed/replaced, dual sim card slots that can use 4G LTE and a micro SD slot.

Bottom line – same display and design as the A6000 but with a slight improvement on the display rendering those colors.

UI: All of the above elements power the Vibe UI built off Android KitKat. Though the Vibe UI has come a long way in becoming a stable and improved OS, there is so much of a ramp-up it has to go thru before it can stand on the podium where MIUI v6 (Redmi 2) and CM12 (Yuphoria) are sitting pretty sipping sweet success. The choice of colors on the icons is really juvenile and a sore to the eyes at times. However, there are some useful apps that let you manage permissions, security, and RAM, plus a Theme manager that houses less than 5 themes for you to play in case you’re bored. Transitions are smooth but start having more than 5-6 apps open in the background, Vibe UI starts showing signs of struggle with stutters and lags. But there were no incidents of app crashes or FCs which is actually a good sign. 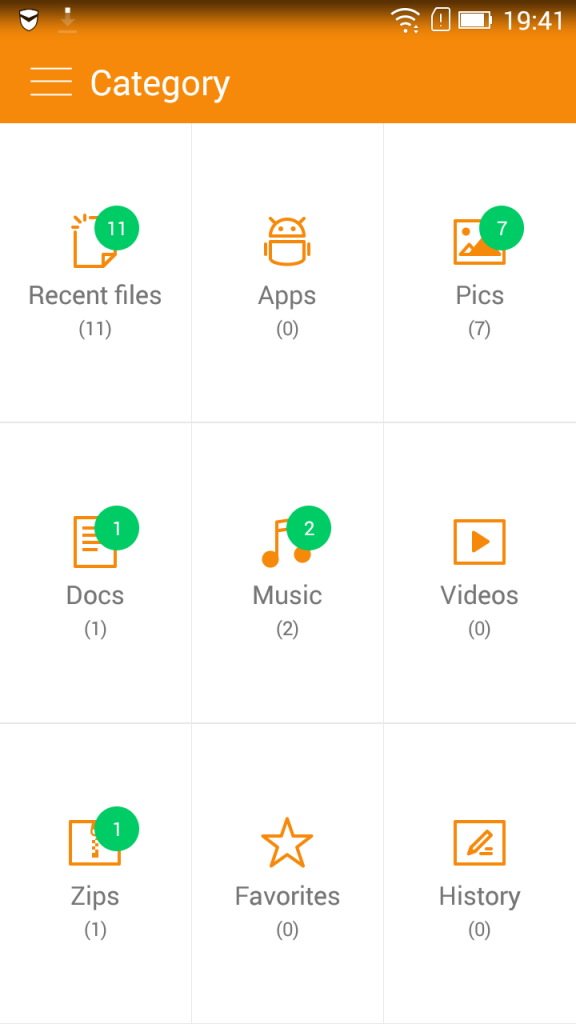 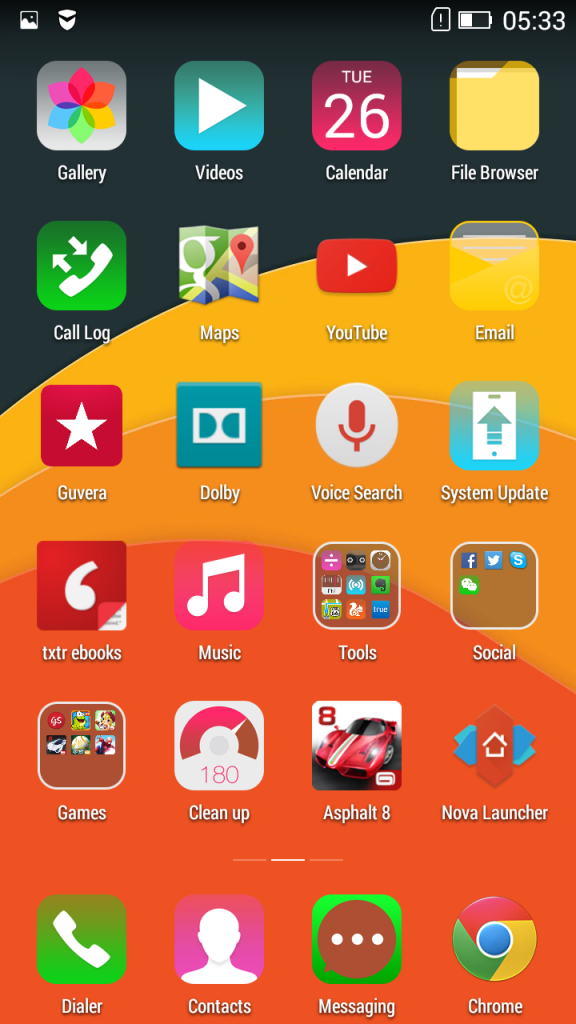 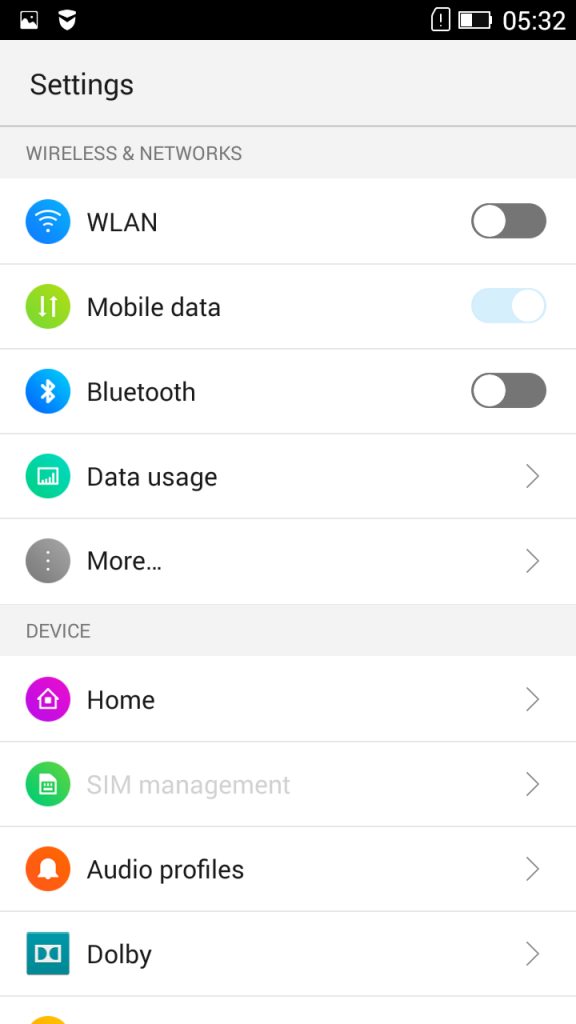 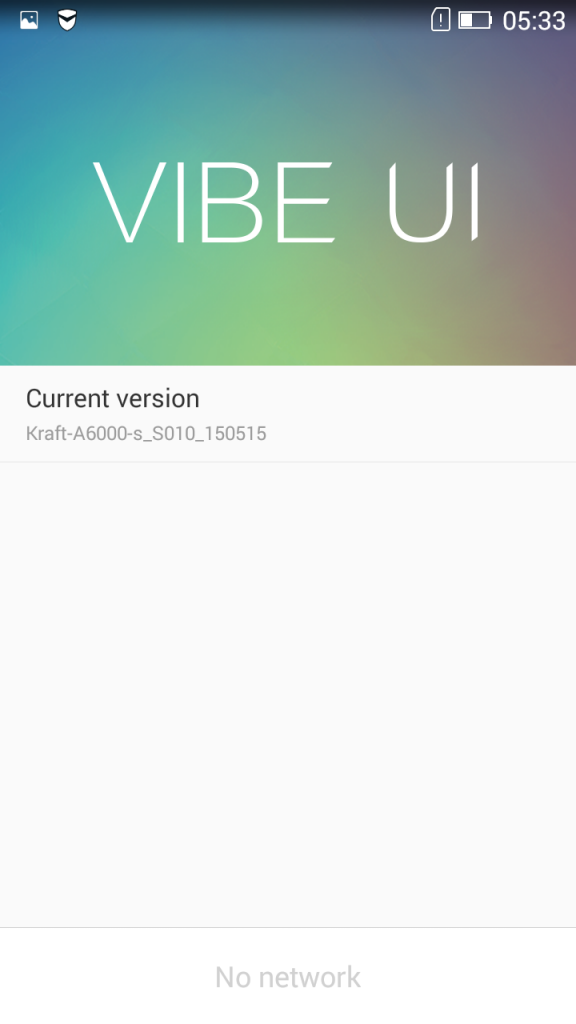 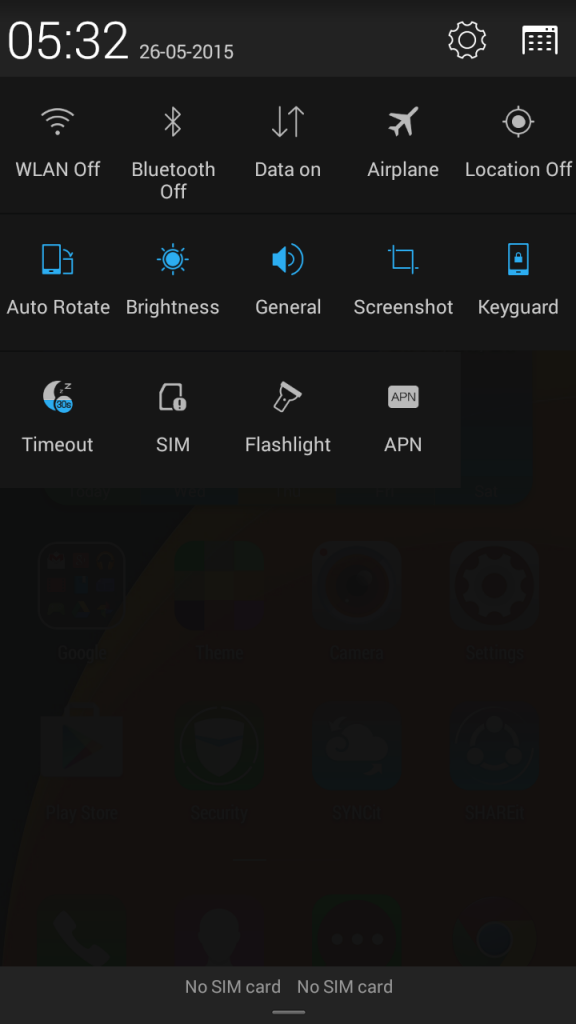 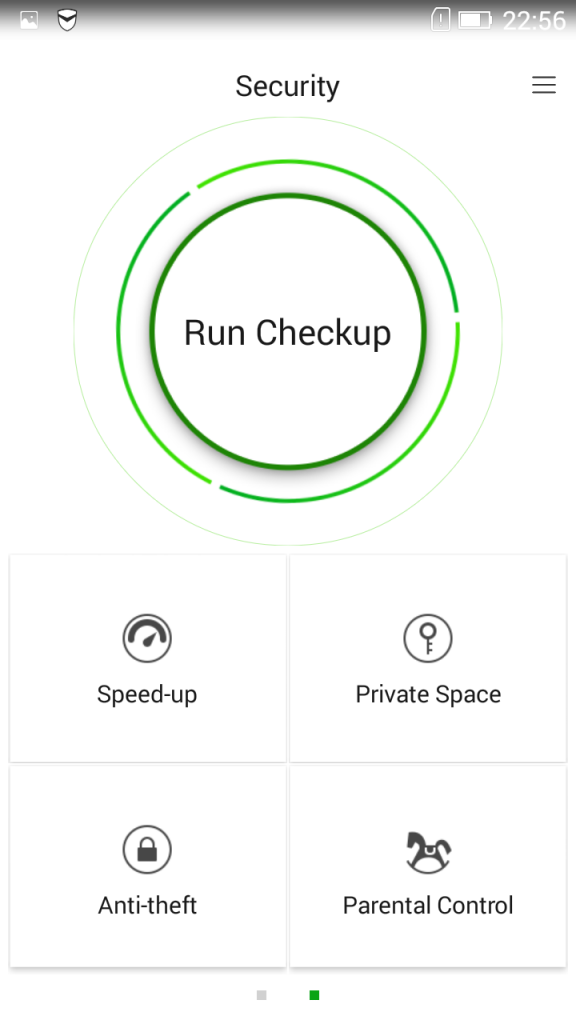 Swipe down the toggle menu from the top and all the icons are jam-packed and they come off as too crowded. One has to struggle at the start to figure out the settings icon – Lenovo can really use some UI improvements here. If you were to install the Nova Launcher and load it with Moonshine Icon pack you can actually make things look much better and roll on! Here, see the difference and you’d know what we’re saying 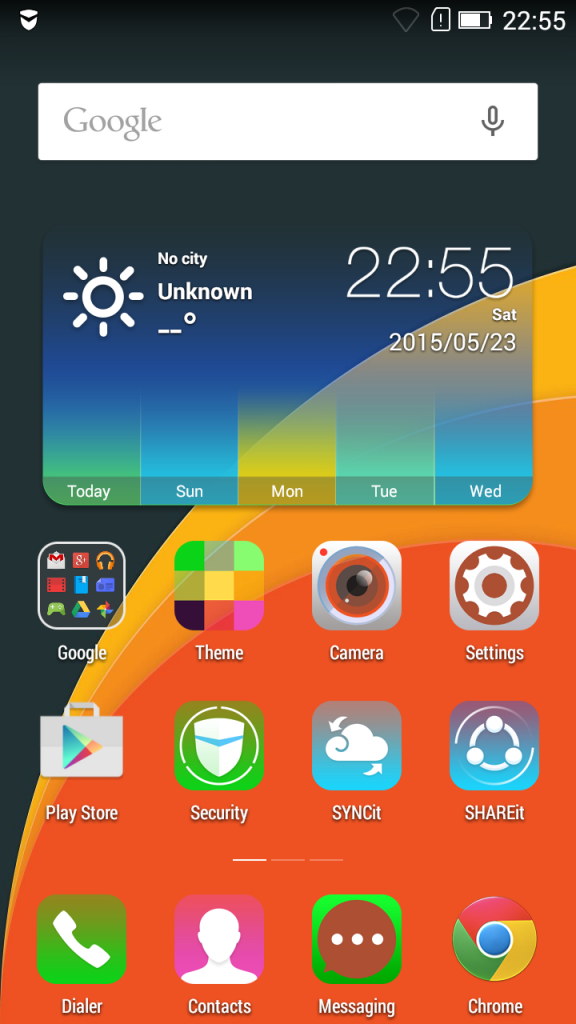 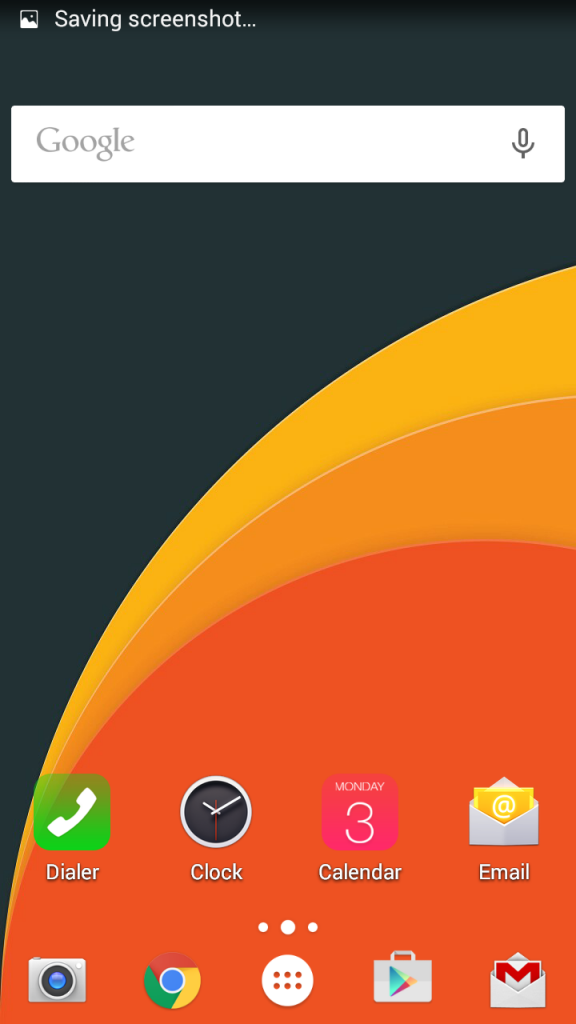 Overall, it’s a decent performance and we do see a tiny bump up, thanks to the extra 1 GB RAM. We ran the AnTuTu benchmark tests and got around 20K which is around what the Redmi 2 and the Yuphoria also score. Hence they’re are fighting it close! 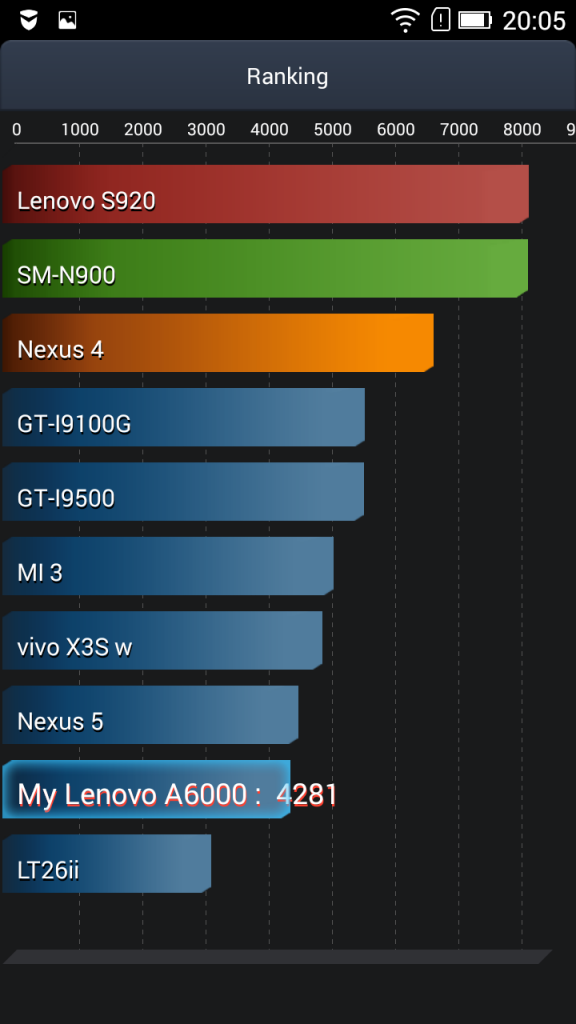 Let us cut to the chase and tell you – this is NOT a device for extended periods of gaming! We did run Asphalt 8, Sonic Run, and such games and the A6000 Plus handled it well but not without occasional stutters. You are better off closing everything else in the background when you would like to game, so as to ensure the best performance you can get out of the phone. The Dolby Digital-powered loudspeakers are very good and will enhance your gaming experience for sure, more so if you were to bring along a good pair of earphones.

Brilliant – just one word here! Of all the phones in this price range, the A6000 Plus gives the best battery life. We consistently got more than 4.5 hours of SOT which is pretty good. Our usage pattern was as follows:

If you not a power user, then you wouldn’t have to worry about carrying a power bank to top up your phone in the middle of the day.

No complaints in this department! We tried 2G, 3G, and 4G, and also Dual SIMs. The A6000 Plus had no problems handling the calls be it on earphones or the loudspeakers. Signal reception has been the best of all the phones in this price range. We have seen that the Redmi 2 is the weakest among all the phones here and were sweetly surprised.

A6000 Plus is powered by Dolby Digital and this truly enhances the multimedia experience and one can appreciate this more when the earphones are plugged in. The sound quality is crisp, treble is handled well and so is the bass. Videos played just fine but there were hints of momentary jerks with long ones which are a little concerning but then again at this price range one has to live with it! 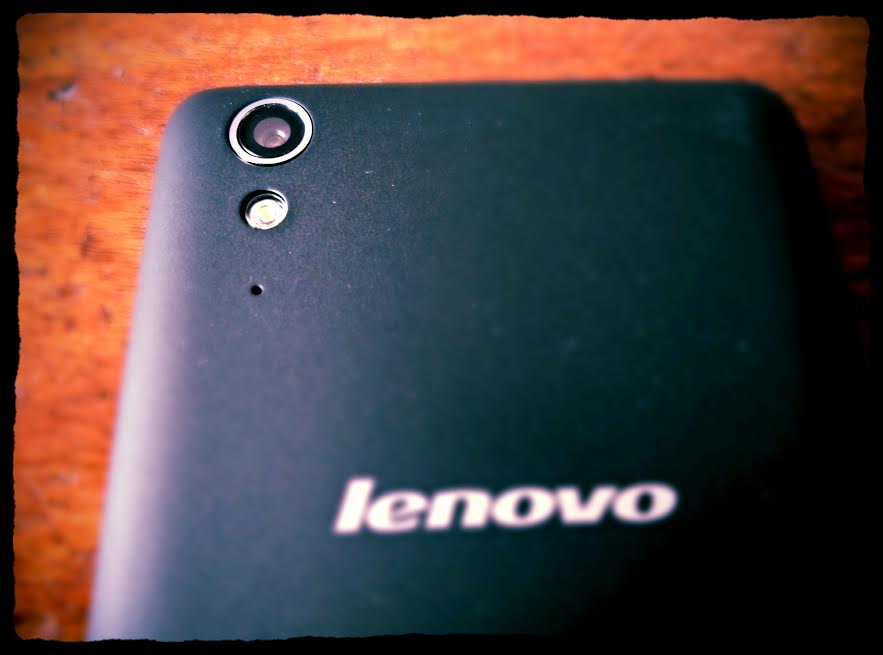 8MP with a single LED flash and a 2MP shooter on the front. This duo is truly capable of taking some very good shots! But truth be told, the camera on the Redmi 2 is easily the BEST one in this price range/category – from doing good macros to handling exposure and depth of field and white balance and also a decent night mode, Xiaomi has nailed it when it comes the camera on the Redmi 2.

The A6000 Plus takes very good shots in the daylight but is bad at handling exposures. When it comes to low light, the detailing takes a hit and so does the exposure again – in trying to make the pictures bright, it goes the extra exposure way making few portions of the pictures a total washout at times. Close-ups come decent enough and the focusing is pretty impressive! I loved the geeky sound effect when the focus changes 🙂 Here are few samples for you to know how the phone performs in several conditions:

Coming at 7,499INR, the A6000 Plus is 500INR more than the Yuphoria (comes around the same specs), and the Redmi 2 (comes with lesser RAM and flash memory). But that being said, Lenovo always delivers good build quality, finish, and post-sales service which is the best in the class by a huge margin, something that most of the companies are suffering from. With solid battery life and good multimedia experience, the A6000 Plus scores good in most of the departments but fails to beat the Redmi 2 in the camera department but still does pretty well! For all the good factors we’ve mentioned the A6000 Plus is a highly recommended, RELIABLE device and will not disappoint you because whatever negatives exist, they are pretty minor (considering the price range!). Just go get one!