Lenovo has been super busy bringing in new phones to the Indian market in all segments. We recently saw the K4 Note, the successor to the highly popular K3 Note. Moving onto a different segment which can be considered as flagship, Lenovo just took the wraps off the Vibe X3 in India which was officially launched towards the end of 2015. Lenovo has been teasing this phone for 2 weeks now and generated lots of curiosity mainly in terms of the pricing. It is a loaded phone in many departments and comes at a competitive pricing of 19,999 INR. Let’s have a detailed look at the offering and our initial thoughts about it based on specifications and price. 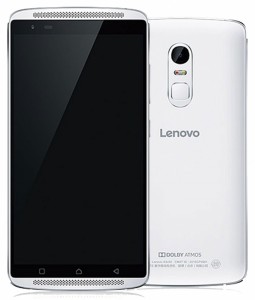 Vibe X series has always been about well-designed phones. The X2 had a unique layered look and now X3 has a different tone of design to it, thanks to the involvement of the Motorola team in its design! There is no denying the fact that the phone looks so much like a Motorola, especially with the front-firing stereo speakers, which we will talk about in a bit. Vibe X3 comes with a 5.5″ Full HD IPS LCD display protected by Corning Gorilla Glass 3 to save the phone from scratches and a 100% gamut ratio. The phone has a metal rim around its profile and looks very premium especially with the white color that has a very good feel to it. The metal power and volume rockers on the right are well made and have good tactile feedback while there is a Dual hybrid sim tray on the other side. Both the SIMs support 4G LTE while the memory expansion support is upto 128GB and there is internal memory of 32 GB. 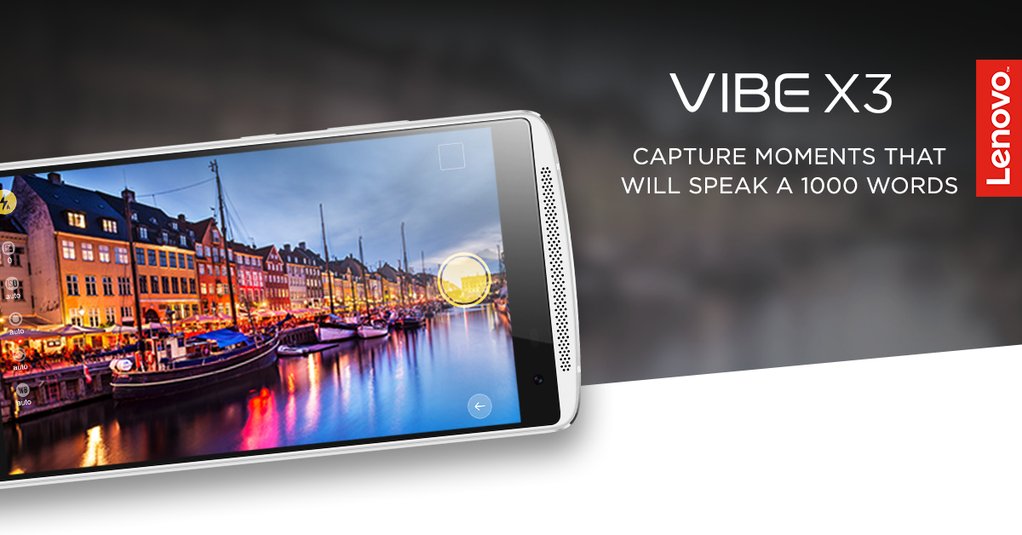 At the back sits a 6 element 21MP Sony IMX 230 camera with dual tone LED flash and this has PDAF with an f/2.0 aperture and 1.12uM pixel size like the one we’ve seen on the Nexus 6P. Beneath the rear camera sits a fingerprint scanner which Lenovo claims to be one of the best in the industry. On the front are the 8MP camera and a dual-firing stereo speaker set. And the audio system is equipped with a dedicated ESS Sabre ES9018K2M or Wolfson 8281 DAC, with ‘Hi-Fi’ 3.0 allowing for a mind-blowing audio experience both on and off the loudspeakers.

The Vibe X3 is powered by a good 3500 mAh battery that will run the Vibe UI built off Android Lollipop. Lenovo states that this is a much lighter version of the previously heavy skinned Vibe UI, thanks to the Motorola team that has been helping the Lenovo software team on this. A right balance between rich features and stock Android experience is what Lenovo is shooting of here. 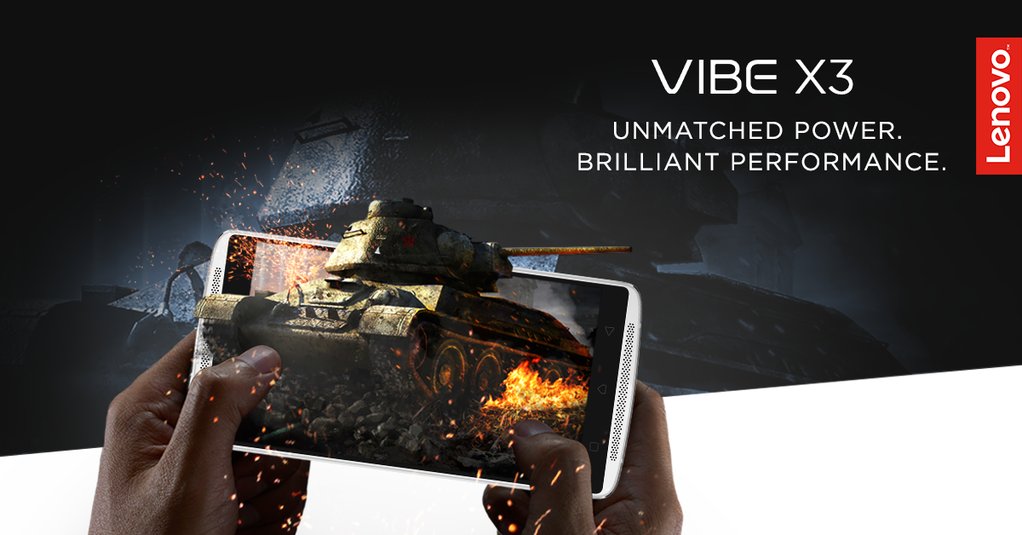 We saved the best for the last! The Vibe X3 is powered by a Qualcomm Snapdragon 808 hexa-core processor clocked at 1.8 GHz with 3GB of RAM. We have seen companies like LG and Motorola go with this processor against the infamous SD 810 known for its overheating and battery inefficiency issues. We love this choice and considering all the other aspects of the phone, one should be in for a good performing phone.

Vibe X3 also comes with the sensor hub that has support from tracking activities for fitness, gestures like tap to wake and such, all of which are very handy features. This is supposed to be very sensitive about the battery consumption, keeping the functionality light. Just like the K4 Note, Vibe X3 also comes with TheatreMax inbuilt for an enhanced VR experience.

Coming at a price of Rs. 19,999 the Vibe X3 is a very good offering and will start challenging the likes of OnePlus 2, Moto X Style, YU Yutopia, and so on. It may not offer the latest and greatest specs but what Lenovo (like Motorola) aims to do here is to deliver a good experience with a set of hardware and software that are well optimized. We cannot wait to get our hands on the Vibe X3 and bring you more news! For now, Vibe X3 will go on sale on Amazon from Jan 28th from 2 PM, in an open sale model.