Lenovo has launched its battery-focused smartphone “P2” today in India through a live stream. Lenovo P2 was first unveiled at IFA 2016 and the company has been actively teasing about its launch in India since a while. The P2 is launched exclusively on Flipkart and will be available at a starting price of  Rs. 16,999. Back in late November, Lenovo also launched the K6 Power with 4000mAh battery in India which falls in the mid-range segment, unlike the P2. P2, on the other hand, features a massive 5100mAh battery along with Fast charging support but is priced a bit steeply in our opinion. Now let’s see what all the P2 packs inside: 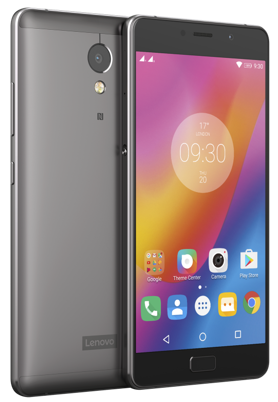 The Lenovo P2 is a metal unibody phone sporting a 5.5″ Full HD Super AMOLED display with 2.5D Gorilla Glass protection. It is powered by a Snapdragon 625 Octa-core processor clocked at 2.0GHz with Adreno 506 GPU and runs on Android 6.0.1, Marshmallow. The P2 comes in 2 variants – 3GB & 4GB RAM, both of which pack 32GB of storage space that is expandable up to 128GB via a microSD card. The highlight of this phone is its 5100mAh battery that can power up the phone for up to 3 days. It supports fast charging and a 24W rapid charger is supplied within the box that can provide 10 hours of battery with just 15 minutes of charging. Lenovo has also included a physical power-saver key on P2, toggling which easily enables the power-saver mode.

The P2 features on-screen navigation keys and a fingerprint scanner on the front that can be used to lock individual apps as well. It offers Dual App functionality using which users can run two different accounts of the same app like WhatsApp, Hike, Twitter, etc. Comes with a Hybrid Dual SIM slot (nano + nano SIM or microSD) with VoLTE support and NFC. The rear camera on is a 13MP one with Sony IMX258 sensor, f/2.0 aperture, and dual flash that supports Slow-motion and Time-lapse video. On the front is a 5MP camera with f/2.2 aperture for selfies.

How to Fix Steam Not Updating Games on Windows

How to Fix Steam Not Updating Games on Windows