While the mid-range smartphones market is killing it with tons of choices, the flagship killer section of the market too is catching up on a similar fight with an increasing number of offerings and the prices dropping to make it all so tough for someone to decide which one to go with! LeEco dropped the prices on their Le Max 2 to 17,999INR while Lenovo launched their 2016 flagship in the form of Zuk Z2 Plus, a different variant of the Zuk Z2 they launched back in China a few months ago. And this is an offering that starts at 17,999INR and has many things going for it when it comes to the specifications. So how does the Zuk Z2 Plus compare to the likes of the OnePlus 3, LeMax 2, and such which pack Snapdragon 820 SoC and a good amount of RAM? We had a chance to use the device for close to 3 weeks now and decided to split the review into key questions that most of you out there have, as you go about making your purchase decision. Let’s go: 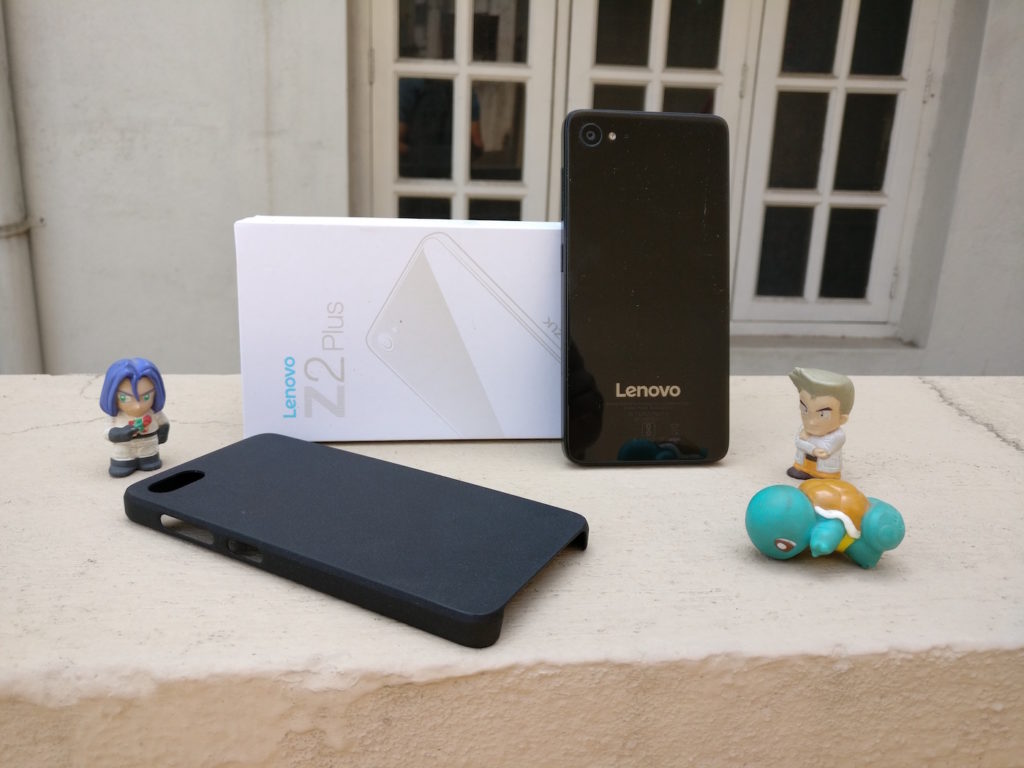 What variants of the Zuk Z2 Plus are offered and what is the pricing?

Zuk Z2 Plus comes in two variants with everything remaining the same barring the following:

What are the key specifications of Zuk Z2 Plus?

Is the phone too heavy for its size? How good or bad is the build?

The Zuk Z2 Plus has lots of Fibre Glass and plastic in its build but it’s all well constructed. It has a thickness of 8.5mm and weighs close to 150gms which is quite heavy for its size but given the fact that it sports a big battery, it is obvious. The phone gives a good feel in the hand but is nowhere close to the premium feel that LeMax 2 or the OnePlus 3 provides. Nothing too posh but nothing bad either. Get the black variant if you can as the fiberglass is soft and catches up lots of scratches which may dampen the glory of the white color

How is the screen?

The screen packs 441 pixels per inch and gets plenty bright but still not good enough for seamless outdoor visibility. Viewing angles while indoors is very good and the colors look natural as well. There are options in the Settings > Display to move it to contrast and cool, we liked the default warm tone setting. The only gripe with the screen is that there is no official mention of Gorilla Glass protection.

Does the Zuk Z2 Plus come with Cyanogen OS? or Zuk UI?

Zuk has gotten rid of the contract with Cyanogen and hence now ships with Zuk UI. But the Indian variant comes with a modified version that is more stock-like and has the Google Launcher by default.

What do you get in the box?

What are the key features of Zuk UI?

Though the Zuk UI stays close to the stock Android Marshmallow that its built off, the following are some of the cool options:

What are the key features of the U-Touch?

The fingerprint scanner on the Zuk Z2 Plus is called the U-Touch and has the following options all of which work very well:

Is the U-Touch awkward as it’s not to be found on other phones normally?

It does take a while to get used to the functionality but once you’re done, you will use it more and more and might miss it if you move to another phone!

How is the RAM management?

RAM management is very good and the phone retains most of the apps including heavy games in the background. When all the apps are closed the phone has close to 2GB of free RAM

Are there any lags in the UI, when lots of apps are open?

No. We at no point in time faced any lags or app crashes regardless of the load that we put on the phone. Everything is butter smooth and seamless transitions.

How is the gaming on the Zuk Z2 Plus? Are there any heating issues?

How is the battery performance?

Zuk Z2 Plus has a commendable battery performance. Even with dual sims, 4G LTE all day, gaming, and video streaming a lot we managed to get at least 4.5 hours of screen-on time.

On days of lighter usage with a mix of Wi-Fi, we hit up to 6 hours of screen-on time.

So on any given day expect at least 4-4.5 hours of screen-on time regardless of the usage and load on the phone and it will take you thru a full working day.

Does the phone support fast charging?

Yes, Quick Charge 3.0 but the charger set that comes in the box does not perform fast charging. It takes close to 2.5 hours to charge and if you were to use a certified fast charger it would take around 1.45 hours to charge up fully.

How is the audio quality on the phone?

There is a single tiny speaker grille at the bottom and the output + performance is average at best. However, the output via the headphone jack is better. There are no special DACs in the Zuk Z2 Plus like Lenovo has in Vibe X3 and hence do not expect any magical experiences.

How is the performance of the primary camera?

The primary camera is a 13MP one made by Samsung and has an f/2.2 aperture. There is no laser autofocus assistance. Has a single LED flash and Phase Detection Auto Focus but no OIS or EIS. Following is how it performs under various conditions:

How is the performance of the front-facing camera?

The front camera is an 8MP one with f/2.0 aperture and shoots at 1.4 µm pixel size. Pictures come out good in daylight but in low light and indoors it follows the performance of the rear camera

How is the accuracy and working of the fingerprint sensor?

The fingerprint scanner works most of the time but is a tad slow to unlock compared to the OnePlus 3. Unlocking it from different angles too work. You can program up to 5 fingerprints.

Can the fingerprint scanner be used to lock and unlock apps or take pictures?

No. But one can use a third-party app to do the same.

Does the phone have an IR Blaster?

Does the phone have an LED for notification?

Yes, but it’s a single colored one that can be programmed.

Does the phone support USB OTG?

If you’re in for the camera then it’s hands down Mi5. But if battery life and butter-smooth performance top your list then it’s Zuk Z2 Plus.

Would you pick Zuk Z2 Plus or OnePlus 3?

If you can expand your budget by 8K (which is quite considerable) then definitely the OnePlus 3 as it has Dash charging, better build, more RAM, and a better camera. But if you’re tight on the budget, Zuk Z2 won’t disappoint you at the price.

Does Reliance Jio work on the Zuk Z2 Plus?

Yes, it does. Both data and calls. No heating issues.

How are the cellular reception and call quality?

Both are above average and we faced no issues.

How much storage is available out of the box? Can it be expanded?

Hope the above review in FAQ form answered most of your doubts and queries regarding the device. Do share your feedback in the comments section below.