LG launched the V10 last year and it did stand out with what it offered. Manual mode in video, special editing abilities, that unique rugged feel, and enhanced audio abilities – these were made for a specific crowd rather than the masses. LG is following it up this year with the V20 and we have seen some leaks and buzz that led us to this point. So what new offerings does the V20 bring in? Is it a worthy successor to the V10? Let’s look at the official specs as we wait for its Indian launch and pricing. 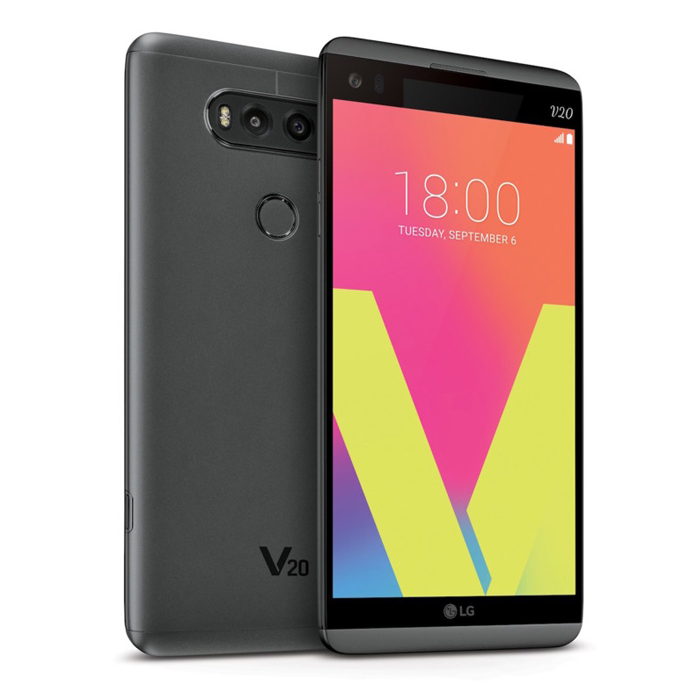 While the V10 was more sharp-edged at the corners in its design, the V20 just like the G5 is shooting for more rounded corners. At a quick glimpse, it almost reminds you of the HTC phones! The V20 retains the 5.7″ QHD IPS display that the V10 packed, with around 513 pixels per inch delivering the delight that LG’s flagships have been doing for few years though they get a little heavy on the battery. There is also that secondary screen that is always-on and can house some truly useful shortcuts for you and including your own signature that can splash up all the time.

Under the hood, the V20 packs the latest specifications in the form of  Qualcomm’s Snapdragon 820 SoC clocked at 2.15 GHz and Adreno 530 GPU, accompanied by 4GB of RAM and 64GB of internal memory that can be bumped up to a whopping 2TB of external memory via microSD card. The V20 also sports a 3200mAh battery that also supports Quick Charge 3.0 via the USB Type-C port. There is a rear-mounted fingerprint sensor as well.

The V20 also comes with a 32-bit Quad DAC inclusion that promises a mind-blowing audio listening experience.  LG has worked with Bang and Olufsen to bring about lots of audio engineering into the V20 that makes it possible for an almost lossless audio transmission from the source to your ears. Boy we cannot wait to test this 32-bit Hi-Fi ESS SABRE ES9218 Quad DAC

On the camera front, the V20 sports a dual-camera setup of 16MP and 8MP coming at f/1.8 and f/2.4 apertures respectively. With abilities like OIS, PDAF, and laser autofocus the V20’s camera setup is one hell of a module! The front camera this time is just one 5MP shooter with f/1.9 aperture as against the duo set up on the V10 but still retains the wide-angle shooting ability. The highlight of the camera is also the Steady Record 2.0 made possible by Qualcomm’s Gyroscope-based EIS and DIS and 24bit to 48 kHz range crisp audio recorded in videos. 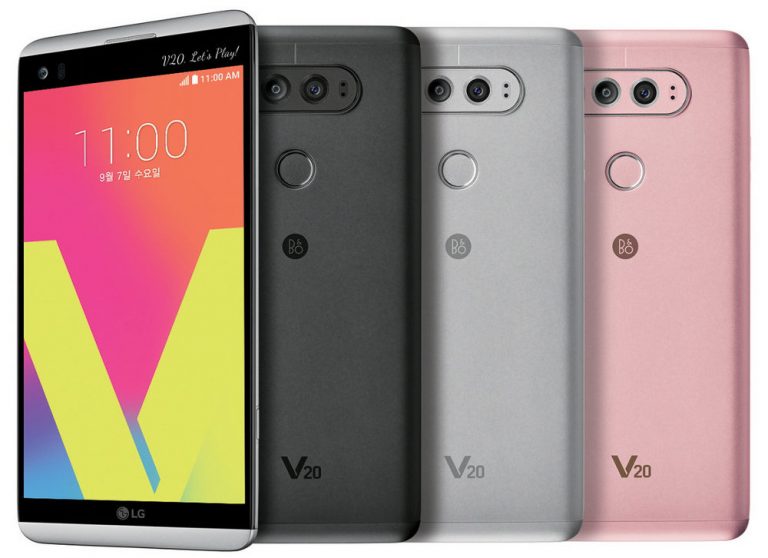 Coming in Titan, Silver, and Pink colors the V20 is the first phone to run on Android 7.0 Nougat, outside of the official Nexus line. The pricing and availability of the V20 are yet to be announced but it has been confirmed that it will be coming down to India as well. The V10 was priced around the 600-700$ mark and the V20 may follow the same in our opinion. Stand by for more news on the V20 as it makes its way to India in a month or two!