Apple addicts would be real delighted to know that Apple has now officially confirmed the announcement of its most anticipated software and service. The upcoming WWDC 2011 event will be presented by Steve Jobs itself followed by other Apple executives where the giant corporation will reveal the much awaited; Mac OS X Lion, iOS 5, and Apple’s new cloud service referred as iCloud. 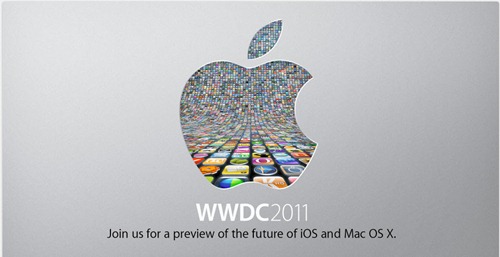 CUPERTINO, California—May 31, 2011—Apple® CEO Steve Jobs and a team of Apple executives will kick off the company’s annual Worldwide Developers Conference (WWDC) with a keynote address on Monday, June 6 at 10:00 a.m. At the keynote, Apple will unveil its next generation software – Lion, the eighth major release of Mac OS® X; iOS 5, the next version of Apple’s advanced mobile operating system which powers the iPad®, iPhone® and iPod touch®; and iCloud®, Apple’s upcoming cloud services offering.

WWDC will feature more than 100 technical sessions presented by Apple engineers. Mac® developers will see and learn how to develop world-class Mac OS X Lion applications using its latest technologies and capabilities. Mobile developers will be able to explore the latest innovations and capabilities of iOS and learn how to greatly enhance the functionality, performance and design of their apps. All developers can bring their code to the labs and work with Apple engineers.

It’s highly speculated that iOS 5, would be completely revamped with a whole lot of new and exciting features. Unfortunately, no new hardware will be announced in upcoming WWDC as its main emphasis is on software. Let’s see what Apple has to offer us. 🙂