Meizu! not sure how many of you would even recognize this brand name but for many who’ve been following companies like Xiaomi, OnePlus, and such they’d know this is one of the better brands coming in from China who look at providing well-designed phones with a customized Android skin at a very competitive price and has been competing with Xiaomi since a long time in their home turf.

Their flagship MX4 Pro garnered lots of attention and so did their other phones in the entry-level and phablets. So now they are all set to compete with other players in India and in doing, have officially launched (finally after months of teasers on their Facebook and Twitter profiles!) the Meizu M1 Note. We all knew what they would release but the price was what we all waited for and well here it is – 11999 INR. Let’s quickly look at the specs before we dive into our customary initial thoughts: 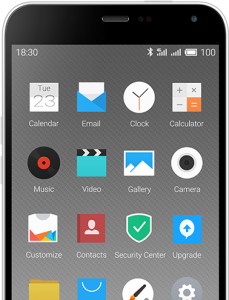 Internal Memory: 16GB Flash memory + Expandable up to 32GB via the secondary sim slot that can also be used for microSD 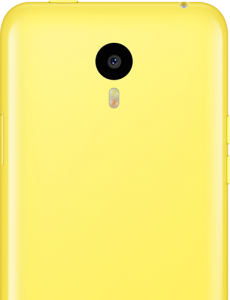 The 5.5″ screen category is so damn overcrowded now!!! Xiaomi Redmi Note 4G, YU Yureka, Lenovo A7000, Honor 4X, and now Meizu M1 Note. While each of the stated phones has its own strengths and weaknesses, the Redmi Note 4G has been a rock-solid performer since its release with a solid camera and battery performance, and need we say anything at all about the vibrant, colorful and stable MIUI v6! Yureka has been successful its in own right thanks to the price and the elusive Cyanogen OS. A7000 too has been doing decently if not rocking out the charts and Honor 4X has also got quite a few takers thanks to its camera.

So what differentiates the M1 Note? Firstly not many would’ve known of the brand but now with lots of westerners too talking about it there is some increased awareness. Flyme OS is something that will be a true strength of the phone given the fact it is powered by Mediatek processors which may not be preferred by many. But M1 Note has been around for a while and there have been good reviews about the camera it holds and the rock-solid performance it delivers via the Flyme OS.

Meizu Mi Note will be available exclusively on Amazon.in at 2 PM IST on 20th May.

ZTE launches its Nubia brand in India with Z9 Mini at 16,999 INR – takes on Xiaomi, Honor and likes