Microsoft has finally released the much speculated Office for iPad. The real Microsoft Office apps for iPad, available as three individual apps – Word, Excel, and PowerPoint can be downloaded free from the App store. The apps have been specifically designed for iPad, to give users a familiar interface and fantastic touch experience. The free version of the apps offers the basic functionality to read, view and present documents, spreadsheets and presentations. You need an Office 365 subscription to edit and create new documents on the iPad. When you edit a document, you can be assured that its content and formatting will stay intact across all platforms. With one subscription all of your devices are covered.

A glimpse of Office Apps running on iPad – 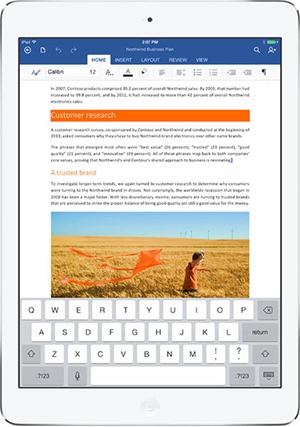 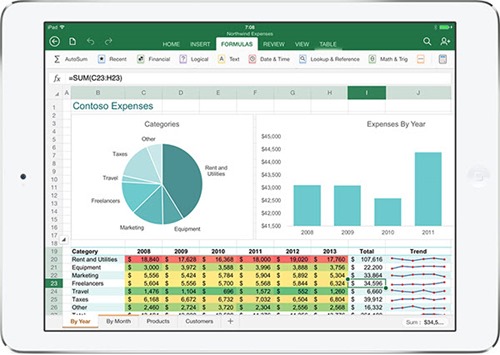 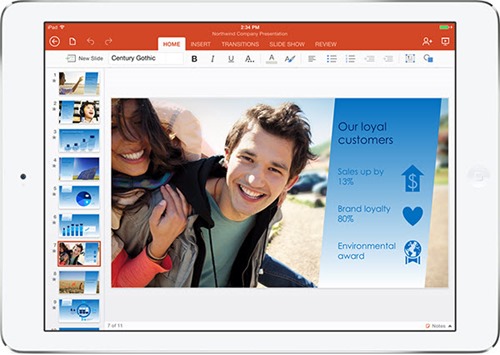 Office Mobile – Microsoft has also made Office Mobile for iPhone and Android free for everyone. Office Mobile offers the ability to view and edit your Office content on the go. You can be sure that content and formatting will be maintained so the document still looks great when you’re back on your PC or Mac. Now available in the App Store and Google Play.

Microsoft has also updated OneNote for iPad with a beautifully redesigned UI for iOS 7 to keep up with the new line of Office apps released. Those unaware, OneNote is now available for free for Mac and Windows platform.