Motorola India will be launching the Moto G4 Play on 6th September in India according to the cover image posted on their official twitter handle @Moto_IND. The creative shows that the device will go on sale exclusively on Amazon.in, a popular eCommerce site. Moto G4 Play is a scaled down version of the Moto G4 and Moto G4 Plus that was announced initially in the US. The design of G4 Play is very similar to that seen on the G4 & G4 Plus but with a smaller form-factor.

The G4 Play sports a 5-inch HD display as compared to 5.5″ on its elder siblings, G4 and G4 Plus. It is powered by a 1.2 GHz Snapdragon 410 Quad-core processor with Adreno 306 GPU and runs on the latest Android 6.0.1 Marshmallow. Under the hood, it packs 2GB of RAM and 16GB of internal storage that’s further expandable upto 128GB via microSD card.

The device features a water repellent nano-coating similar to the one found on its siblings. Talking about the camera, a 8MP primary camera with LED flash, f/2.2 aperture, 1080p video recording sits on the back whereas a 5MP camera with f/2.2 aperture and display flash is there on the front. Connectivity options include: 4G LTE, Wi-Fi 802.11 b/g/n (2.4 GHz), Bluetooth 4.1 LE, GPS, and a 3.5mm audio jack with dual mics. Comes with Dual-SIM option supporting micro SIM and nano SIM. The phone packs a 2800mAh battery which is removable in nature. Comes in Black and White color. 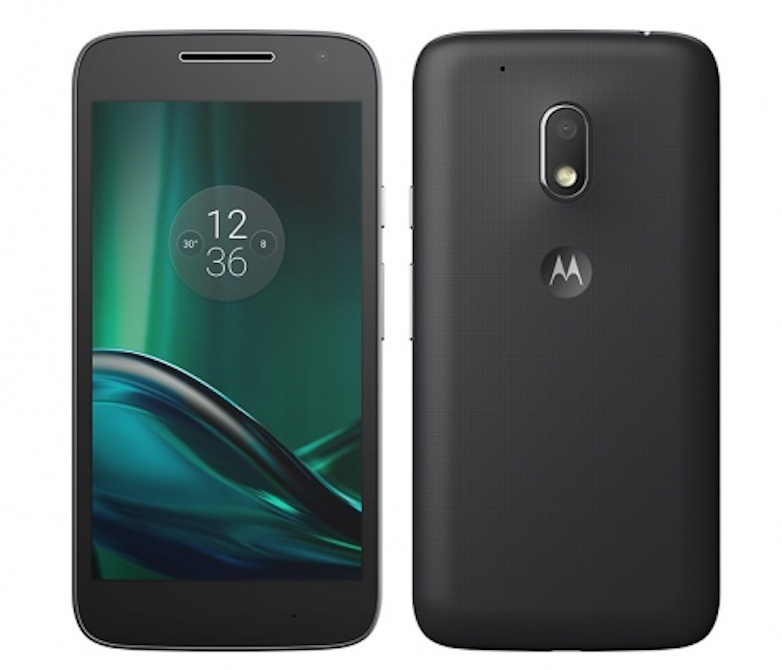 Now talking about the pricing, the G4 Play was spotted on Zauba back in July for being imported in India from US with a per unit price of Rs. 6,804. So we can assume that Motorola would launch the G4 Play in India at a price tag of somewhere around 7999-8999 INR. We will wait for its official launch in India on 6th Sep, which is just a week away. Stay tuned!