The much awaited new Moto G4 and Moto G4 Plus is all set to be launched in India today at a press event in Delhi. We’ve already seen the leaked press renders of the Moto G4 Plus (courtesy of @evleaks) that reveals a fingerprint sensor on the front whereas the younger sibling, i.e. G4 lacks the fingerprint scanner. Now, we’ve some fresh leaks of the upcoming Moto G4 Plus just ahead of the Moto launch giving you a first look at the G4 Plus official specifications, device images and retail box.

The above image is certainly the retail box of Moto G4 Plus that shows the front view of G4 Plus which exactly resembles the leaked render, with a squarish physical home button at the bottom. We can also spot an additional back shell cover that might be provided free with the unit.

Coming to the back side of the box, which reveals that the G4 Plus features a 5.5-inch Full HD 1080p display, a fingerprint sensor, is powered by an Octa-core processor and has Turbo Power technology for fast charging. There is 32GB of internal storage available with 2GB of RAM. In terms of camera, G4 Plus sports a 16MP primary camera with PDAF and laser focus. And there is a 5MP camera on the front. Under the hood, it packs a 3000mAh battery that can deliver 6 hours of power in just 15 minutes of charging with Turbo Power.

If the above images and info wasn’t enough, we also have the actual pics of the G4 Plus showing the front and back of the phone. Fortunately, the phone has Motorola’s signature dimple on the back side. 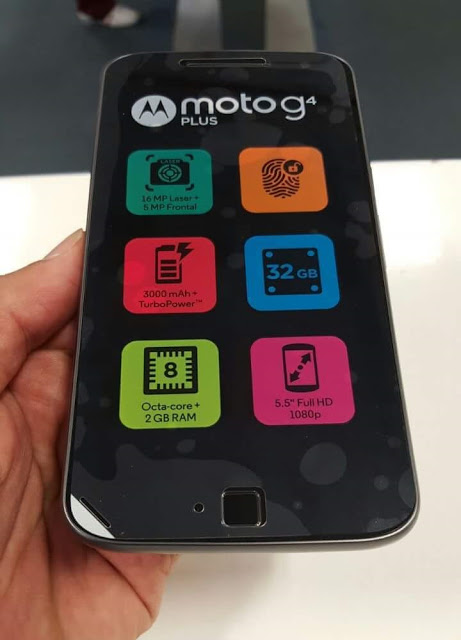 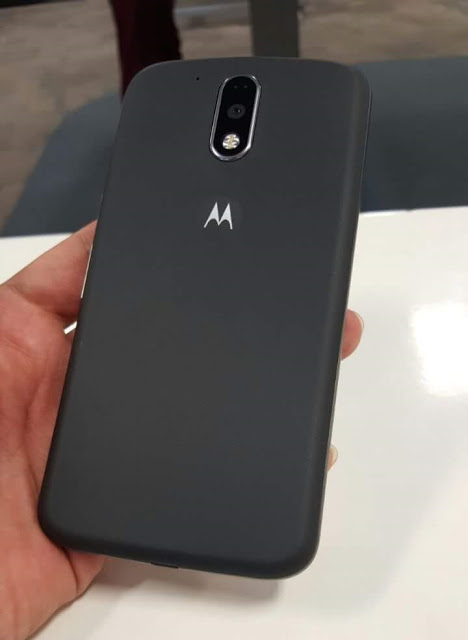 Meanwhile, there aren’t any major leaks about the Moto G4 as we just have the front view of it as of now. 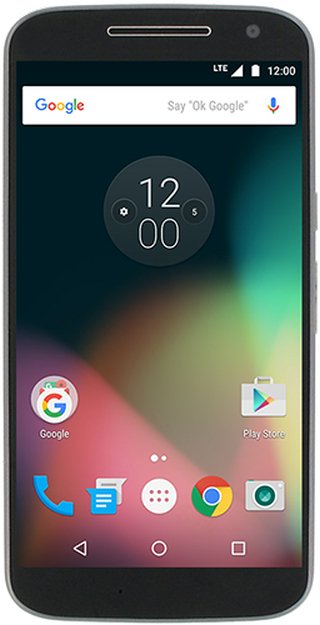 Stay tuned as we bring you more info once the device gets officially launched later today.