Last year we saw Motorola launch the Moto Z Play aimed at providing elongated battery life while providing a decent performance across different departments. And what more, it did have good looks plus the ability to work with Moto Mods too, just like its premium cousin. While the Z2 Play was announced some time back, Motorola has been good in bringing it to India quickly and has launched it today for a price (hefty one) of 27,999 INR. So what does it bring with it? Let’s see. 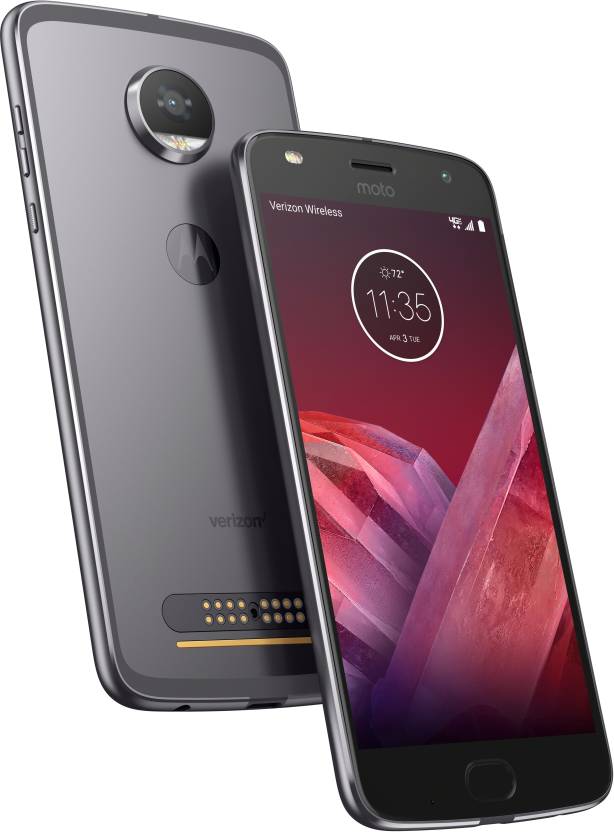 The Moto Z Play was really heavy and bulky and Motorola aims to make some corrections there. The Z2 Play is now thinner at 5.9mm as compared to 7+mm earlier and weighs around 145 gms, slightly lighter than before. The overall all-metal unibody design language hasn’t changed much apart from smoothening out the corners and the fingerprint scanner going oval and slightly bigger.

The Z2 Play comes with a 5.5″ Super AMOLED Full HD display packing 1080*1920 pixels with Gorilla Glass protection on top of it. Under the hood, it holds a Qualcomm Snapdragon 626 processor clocked at 2.2 GHz and Adreno 506 GPU which is highly power efficient. Accompanied by 4GB RAM and 64GB of internal storage that is expandable up to 2TB, the configurations look good for a near-stock Android 7.1.1 Nougat that it runs. 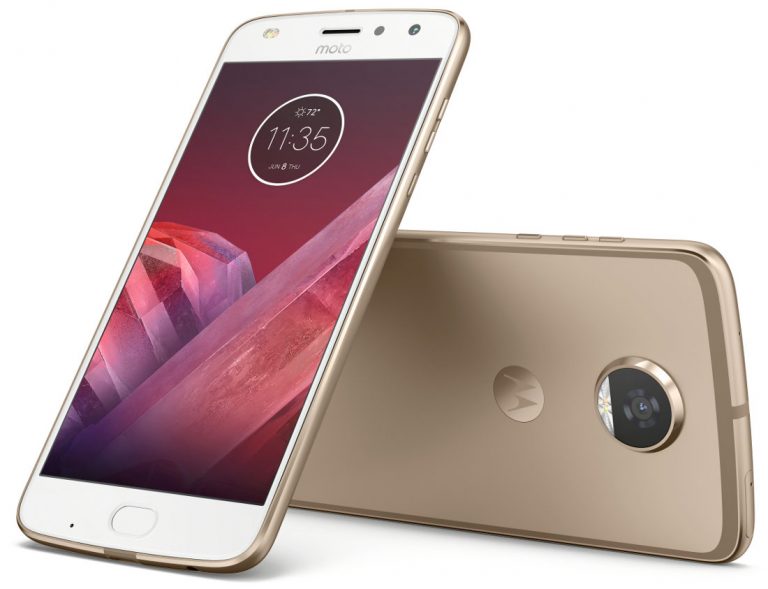 On the camera department, it has a 12MP primary shooter with f/1.7 aperture, LED flash, laser autofocus, and PDAF. The front shooter is a 5MP one with f/2.2 aperture and dual-LED front flash. Both cameras shoot with 1.4um pixel size.

It houses a 3000 mAh battery, lesser than its predecessor that can be turbocharged with the bundled charger that promises 7 hours of usage in just 15 mins of charging time. The loudspeaker is on the front and the nano-coating helps the phone resist water splashes. Connectivity options include Dual SIM, 4G VoLTE, dual-band Wi-Fi 802.11a/b/g/n, Bluetooth 4.2, GPS, NFC and charging via USB Type-C port. Comes in Lunar Gray and Fine Gold.

Being priced at 27,999 INR for an SD 626 processor phone, the Z2 Play does come under the “pricey” phone bracket and will be a challenge to beat the likes of the OnePlus 3/3T and such. Few Moto Mods such as the JBL SoundBoost 2, Moto TurboPower pack, Moto Gamepad, and Moto Style Shell that provides wireless charging were also launched. The phone is up for pre-booking on Flipkart and this time will be available in offline stores as well. Launch offers include 0% EMI schemes. Pre-booking offers include a free Moto Armor pack case, 50% off on select MODs, and 100GB 4G Data from Reliance Jio.