by Mayur Agarwal
in Google

A new stable release of Google Chrome is now out, bringing two most requested features: extensions and bookmark sync. The stable channel is updated to 4.0.249.78 for Windows, and includes the following features since 3.0:

Extensions let you add new features and functions to your browser. They were previously launched on the beta channel only. Now you can browse over 1,500 in extensions gallery and install them on the stable version of Google Chrome. 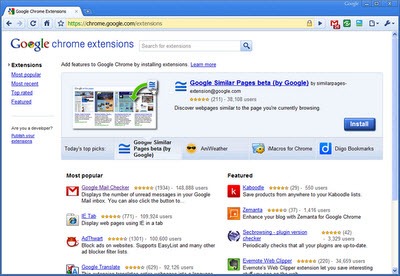 Bookmark sync allows you to synchronize bookmarks on all computers, so that when you create a bookmark on one computer, it’s automatically added across all your computers.