At an event in New Delhi today, Motorola introduced its new Moto line-up in India – the new Moto G, Moto X, and Moto 360 smartwatch. The 2nd generation Moto G is the successor to Moto G that was launched back in February 2014 in India. Like other Moto devices, the new Moto G will be exclusively available at Flipkart later today at an affordable price of Rs. 12,999 for 16GB variant.

The new Moto G (Moto G2) is a Dual-SIM smartphone with some significant changes over its predecessor, major ones being a bigger 5-inch screen, 8MP camera, front-facing stereo speakers and support for expandable storage. Alongside, Motorola will be launching the new Moto X and Moto 360 in India, that will be available later this month. Unlike the older Moto G, the new upgraded Moto G seems a decent competitor to the likes of Xiaomi Mi 3 and Asus Zenfone 5. Available in 2 colours – Black and White. 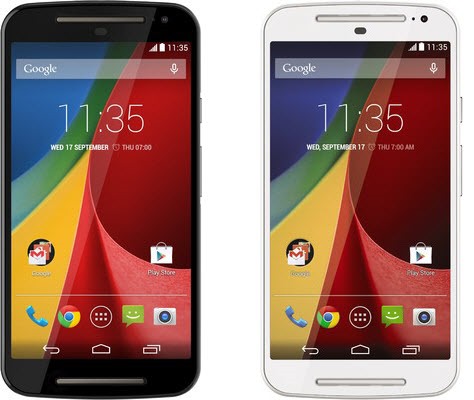 Pricing and Availability – As confirmed by Motorola, the new Moto G will be only available in the 16GB variant, available for purchase today midnight online at Flipkart for Rs. 12,999.

How to Change Default Apps, Launcher & Browser in MIUI ROM

2 Ways to Enter and Exit Recovery Mode on iPhone 12

Here’s how to Reverse a Video on iPhone for Free

How to Pause Reels on Instagram 2021 for iPhone & Android