Today at a press event, Nokia launched the Nokia X in India – their first Android smartphone based on AOSP, first unveiled at Mobile World Congress 2014 in Barcelona. The dual SIM version of Nokia X will be available in India at a price of Rs. 8,599 starting today. The other Nokia X family phones – Nokia XL and Nokia X+ will be launched in India, in coming months. 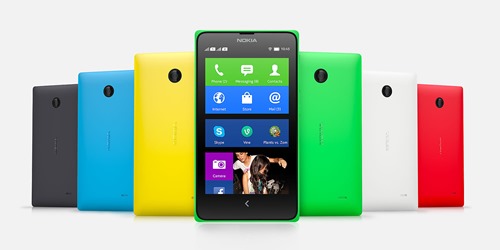 Nokia X runs a forked version of Android 4.1 Jelly Bean, comes with Fastlane UI and features Nokia’s proprietary applications instead of Google services. Nokia X offers the best of both worlds – Nokia experiences and Microsoft flagship services. Nokia X runs Android apps and users can either use Nokia store or 3rd party app stores to download Android apps. The phone comes with Nokia’s signature apps like Mix Radio and Here Maps that also work offline. Some of the Microsoft services that come along with Nokia X are Outlook, Skype and OneDrive.

Nokia has implemented ‘Operator Billing’ to buy paid apps on Nokia X, which is a great move considering the majority of smartphone owners in India don’t use a credit card. Other purchase options include: Try & Buy and In-App payment. Android apps that aren’t available for download on either of the stores can rather be simply installed by sideloading the APK file. Additionally, up to 10GB of free OneDrive storage is provided with Nokia X. 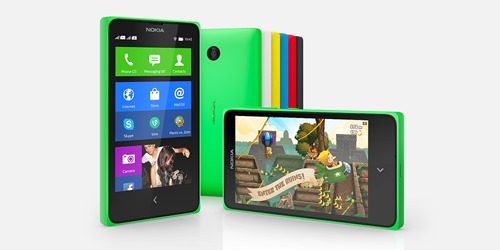