by Mayur Agarwal
in Google, iPhone

Google has now released its official “Google Translate” Free app for iOS devices: iPhone, iPod touch, and iPad. The app has a simple interface and has the ability to Translate words and phrases between more than 50 languages. A cool features it carries is that, you can speak your phrases and hear the corresponding translations for most languages. Get it now and make yourself comfortable with other languages! 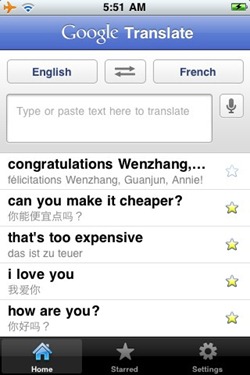 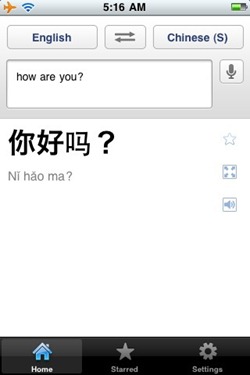 With Google Translate you can:

* Translate by speaking the text instead of typing it (15 languages)