After much success of the OnePlus 3 and 3T last year, OnePlus has finally launched the OnePlus 5, their 2017 flagship after a lot of hype and media coverage across different frontiers. In a year where phones like the Samsung Galaxy S8 and LG G6 brought in lots of new things especially on the display and the HTC U11 with something weird like the squeeze gesture, the OnePlus 5 had to offer something new as well. Launched at a starting price of $479 in the US, here is what the phone offers. 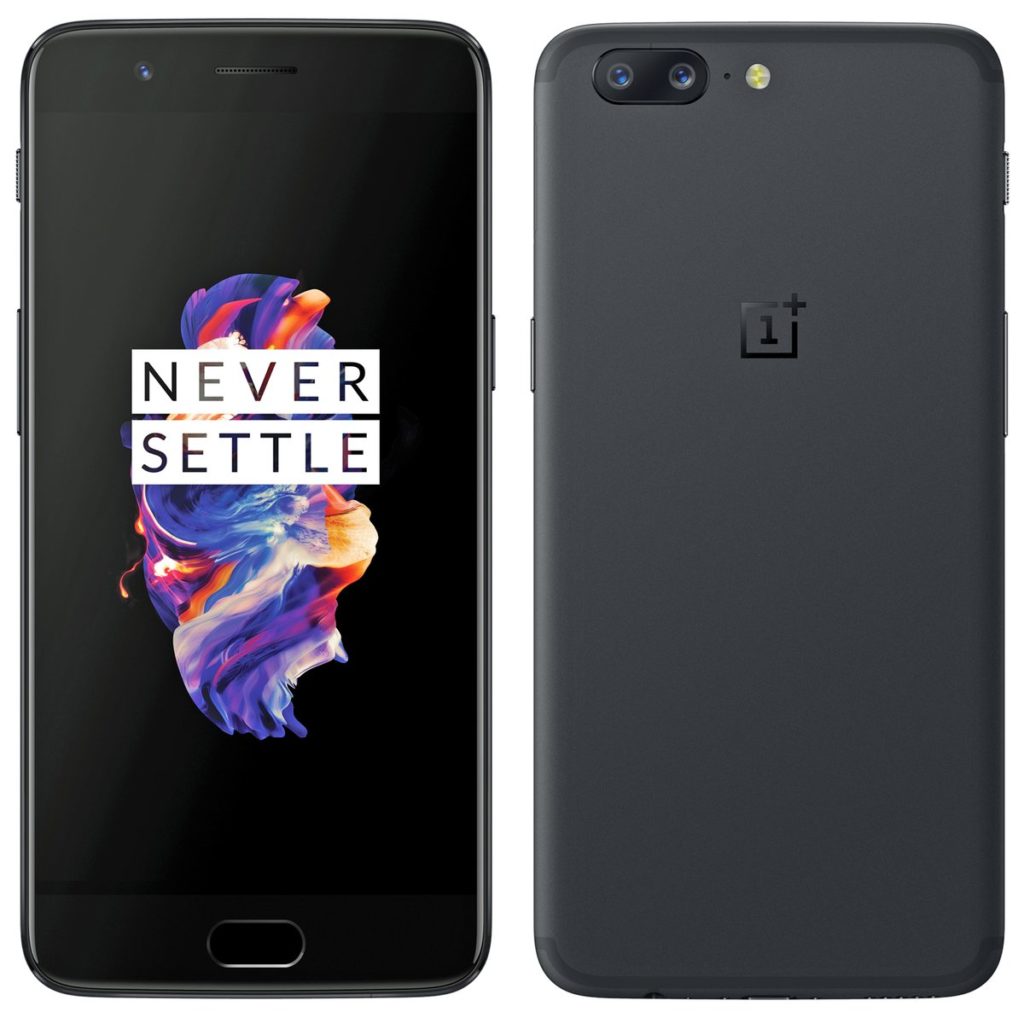 If you cannot do something on your own, then pick up something that is already out there and works well, which seems to be what OnePlus has done here. Looking very much like an iPhone, the OnePlus 5 looks like a sturdy and well-designed phone with those smooth curves and offered in that famous matte black color right from the launch. It is claimed to be the slimmest flagship phone measuring 7.25mm thick. It comes with a 5.5″ Full HD Optic AMOLED 2.5D display protected by Gorilla Glass 5. This might be a big letdown for most as the display is not even close to the likes of what Galaxy S8 offers with its Infinity Display.

OnePlus has always shot for stylish phones, but the OnePlus 5’s design language is quite common across different price segments. The fingerprint scanner that is claimed to be as fast as 0.2 seconds stays on the front as before but the rather big bezels make it look pretty ordinary. On the back is the dual camera and LED flash, with the same positioning as we have seen on the iPhone.

Under the hood, the OnePlus 5 packs the latest and powerful Qualcomm Snapdragon 835 Octa-core processor that is clocked at 2.45GHz coupled with Adreno 540 GPU. It packs 6GB/8GB of LPDDRX RAM and 64/128GB of UFS 2.1 two-lane internal storage. Now, why would one need 8GB of RAM? What would one do with it? Do you know how much RAM you need? These are the intriguing questions that we still ponder about. It runs on Oxygen OS built off Android Nougat and as usual, is pretty close to stock Android with few additions such as the shelf, dark mode, color accents, gestures, and so on.

The OnePlus 5 comes with a 3300mAh battery that can be charged via a USB Type-C port that supports an enhanced version of DASH charge, claiming to be 20% better than before and draining much slower than before and as compared to other phones. We will have to see how this battery performs as the capacity is lesser than that of the 3T which has been having issues on this front.

On the camera side of things with a partnership with DXO, it sports dual-lens on the back – one standard 16MP with f/1.7 aperture and another 20MP with f/2.6 with as much as 8X zoom ability. It has image stabilization and can shoot in 4K, slow motion, and Hyperlapse as well. The secondary lens is also used for the key selling proposition, the PORTRAIT mode, popular on Apple iPhone 7 Plus. The front camera is a 16MP one with an f/2.0 aperture. We are very curious to see how the portrait mode performs as compared to the iPhone 7 Plus. This will mostly be the make or break feature being the USP. The phone supports all the bands in the world, making it a global variant that can be used in India and abroad.

The OnePlus 5 comes in Midnight Black and Slate Gray. The 6GB+64GB and 8GB+128GB variants are priced at $479 and $539 respectively in the US. The phone will be officially launched in India on 22nd June and will go on sale exclusively on Amazon.in on the same day. Stay tuned for the Indian pricing!