With a market that is overloaded with Chinese OEM, we now have a Japanese player in the form of Panasonic who will want to get busier also. And the most popular segment when it comes to smartphones is the 5.5” midrange phone with aggressive pricing. This is where Panasonic is pitching the Eluga Note, which was launched earlier today. Let’s take a look at how this offering compares with the other popular players out there.

The Eluga Note comes with a 5.5” IPS LCD display packing 1920*1080 pixels and comes lightweight around 140 gms with a thickness of little more than 8mm. The overall design is simple and basic, has nothing really that will turn heads, a design which most of the budget mid-rangers have out there. Under the hood, the Eluga Note packs a Mediatek 6753 Octa-core processor clocked at 1.3GHz coupled with 3GB of RAM and 32GB of internal memory that can be further expanded up to 32GB via an external micro SD card. 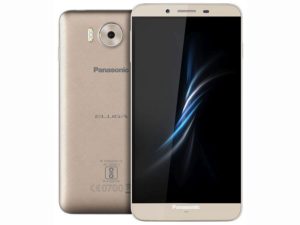 The phone also packs a non-removable 3000mAh battery that is capable of giving a day’s worth of usage. It also supports Mediatek’s PumpXpress charging support that charges the battery rapidly. Panasonic also claims that the battery doesn’t heat up 1.2x times lesser than its competition and has 45% more efficiency. Eluga Note comes with an IR blaster capable of remote controlling most of the televisions out there, in addition to NFC which is not to be found on many phones at that price range. The phone runs on Eluga’s custom UI built off Android Marshmallow. The phone supports Dual SIM with 4G LTE and VoLTE as well.

In terms of camera, the phone sports a 16MP 6 piece lens primary shooter with 3 LEDs for flash, something that we’ve seen new on phones here. The front shooter is a 5MP one and there is no information on wide-angle support and such.

The Eluga Note is priced at 13,290 INR and comes in Champagne Gold color. The phone will go on sale soon but via the OFFLINE channel only. With a Mediatek processor, lack of fingerprint scanner, and a larger battery there is nothing much that differentiates the phone from the other offerings like LeEco Le 2, Xiaomi Redmi Note 3 which come for cheaper and have been doing well. It has become a norm for a phone in any segment to come with a fingerprint scanner and we fail to understand why it was not included. It will be a tough task for the phone to attract buyers and only time will tell how this phone performs.