The infamous Galaxy Note 7 fiasco left Samsung with a heavy loss of billions of dollars as the device was recalled due to exploding batteries. Right after a year, Samsung is back in full swing with the much-awaited Galaxy Note 8, unveiled at the Samsung Galaxy Unpacked 2017 event in New York. The stylus-equipped Galaxy Note 8 is Samsung’s most expensive smartphone to date. The device looks identical to Samsung’s flagship Galaxy S8 & S8+ and retains several hardware features as seen on the S8 series. 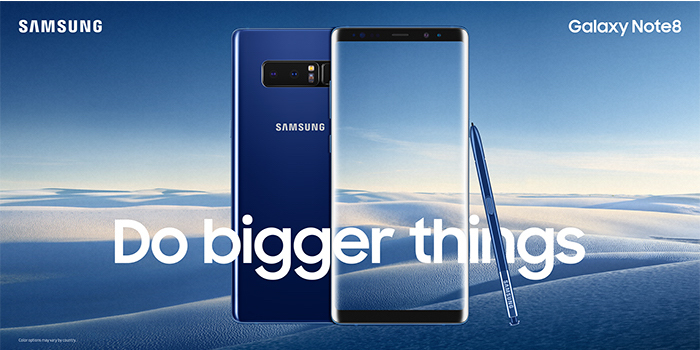 Similar to Galaxy S8, the Galaxy Note 8 features an edge-to-edge screen that Samsung calls Infinity Display but the corners of the body and the screen are more squared. The overall design features a metal and glass construction and an S Pen stylus is integrated, a signature feature of Note series.

Talking about the hardware, the Note 8 sports a 6.3-inch Quad HD+ Super AMOLED display with an 18.5:9 aspect ratio at a resolution of 1440 x 2960 pixels. It’s an Always-on display that includes Corning Gorilla Glass 5 protection. The device runs on Android 7.1.1 and is powered by Exynos 8895 Octa-core chipset or Snapdragon 835 processor (in the US), which is same SoC that powers the S8 series. The RAM is bumped from 4GB on S8 to a standard 6GB on Note 8 coupled with 64GB of internal storage and support for microSD card for storage expansion. 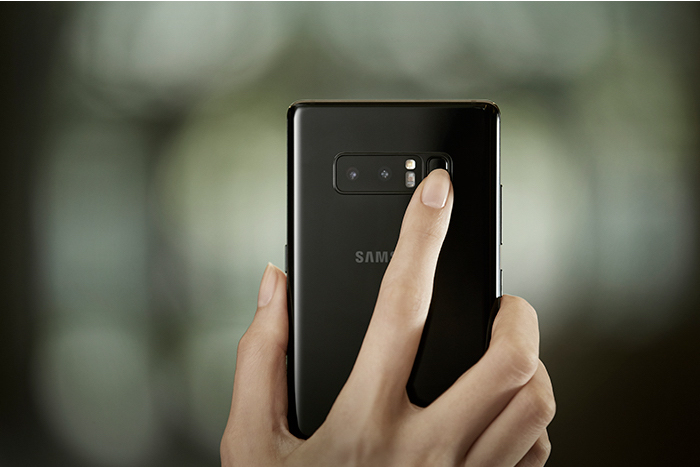 In terms of imaging, the Note 8 sports dual rear cameras and is Samsung’s first phone with the dual camera setup. Both the rear cameras are 12MP sensors and both feature OIS. The primary wide-angle lens has an f/1.7 aperture and dual pixel autofocus whereas the secondary telephoto lens is f/2.4 and enables 2x optical zoom. The front camera is an 8MP shooter with f/1.7 aperture and autofocus lens. The cameras along with LED flash and heart rate sensor are positioned horizontally and a fingerprint sensor is situated adjacent to the camera module. 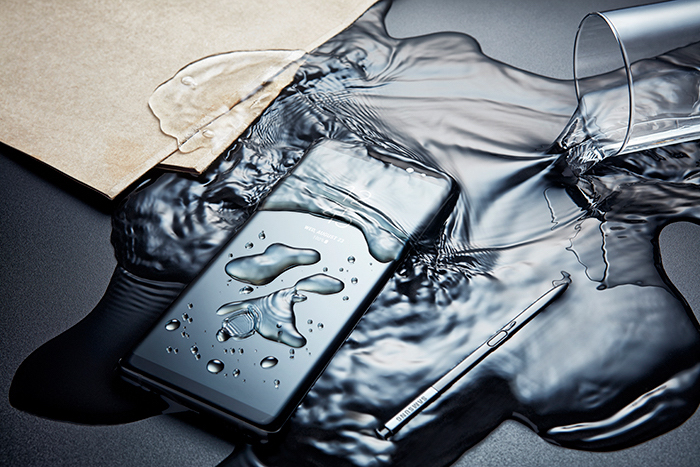 The phone comes equipped with a 3300mAh battery with QuickCharge 2.0 fast charging and can be charged either using USB Type-C port or wirelessly. Note 8 and S Pen are IP68 certified that makes them dustproof and waterproof when submerged in up to 1.5 meters of fresh water for up to 30 minutes. It measures 162.5mm x 74.8mm x 8.6mm in dimensions and weighs 195 grams. Other features include Iris Scanner and Samsung Pay. 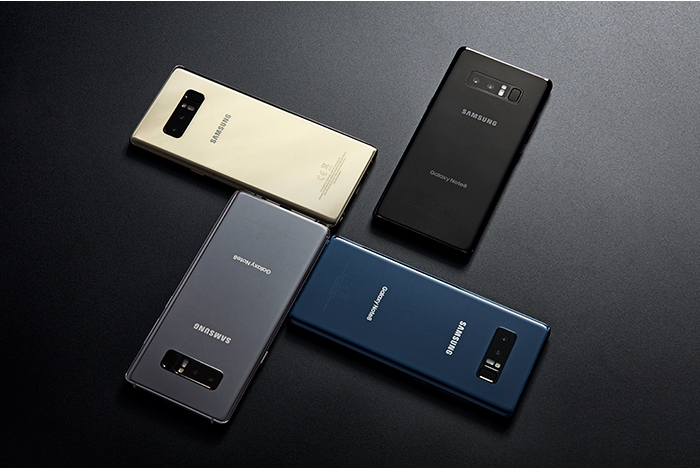 Pricing and Availability – Priced at £869 in the UK (70,000 INR), the Samsung Galaxy Note 8 will be available for pre-order on August 24 and the device will start shipping from September 15. Users who pre-order in the US will be eligible to get either a free 128GB Samsung EVO+ microSD card and wireless charger or a Samsung Gear 360 camera. We hope Samsung launches the Note 8 soon in India. Stay tuned for more info.

India Update (12th September) – The Samsung Galaxy Note 8 has been launched in India for Rs. 67,900. Pre-booking starts today and shipping starts from 21st September. The company is offering free screen replacement and free wireless charger as a part of an introductory offer. HDFC credit card users can also avail a cashback of Rs. 4000.