Samsung announced its flagship device ‘GALAXY S III’ on May 3rd at the Samsung Mobile Unpacked 2012 event at London, UK. SGS3 was launched in 28 countries in Europe and the Middle East a couple of days back. It’s now time for Indian audience to rejoice as one of the most powerful and awaited Android 4.0 smartphone ‘Galaxy S3’ is officially launching tomorrow in India, i.e. 31st May in New Delhi at 1:30PM. The device was also made available for Pre-order, requiring a part payment of Rs. 2000 in advance. 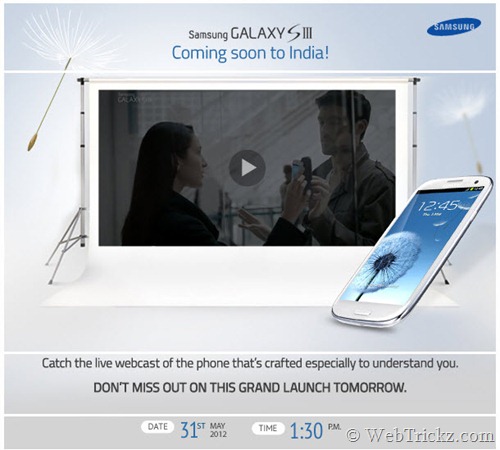 Those interested in the new S3, can catch the grand launch of the Samsung Galaxy S III in India through the official live webcast at 1:30PM (IST) on 31st May, 2012.