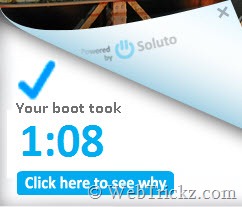 Soluto is free and amazing utility which deeply examines the boot time of system and helps in booting your Windows faster. This Anti-Frustration software currently in Beta, has a cool user interface and does its job really well. Soluto measures boot time and shows how much time and memory an individual app takes to load. Also, it shows a brief description of applications that start upon booting. 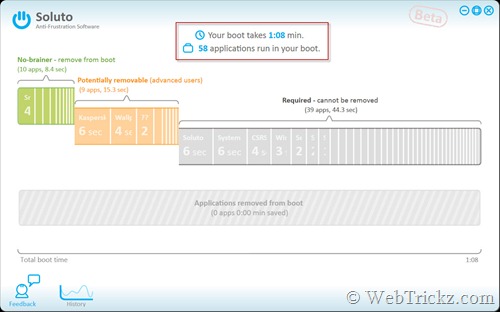 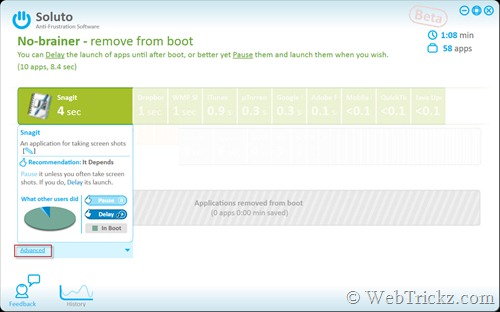 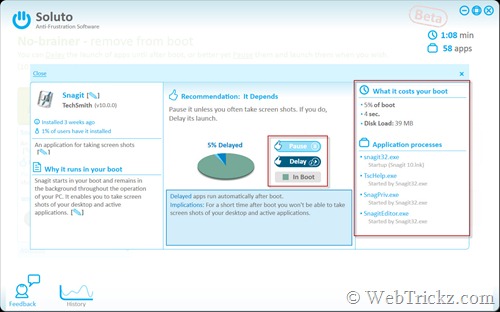 You can reduce startup time by either pausing or delaying certain programs which load at startup. Delay apps is a pretty useful feature which runs apps automatically after boot. It also shows the processes which are associated with a particular application.