Google has updated Chrome to v11.0.696.57 under the Stable Channel for Windows, Mac, Linux, and Chrome Frame. One thing you will instantly notice in Chrome 11 is the new refreshed logo which was added earlier to beta builds but has now been pushed with the latest Chrome 11 Stable version. Additionally, this new release contains some really great improvements including speech input through HTML. 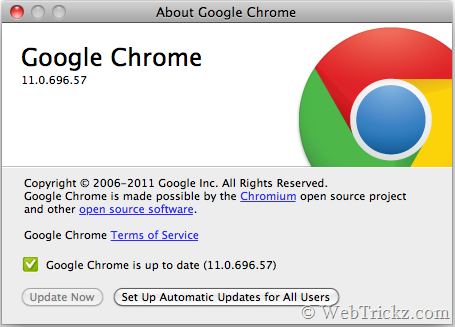 Speech Input through HTML feature allows Chrome users to translate their speech into other languages just by speaking using Google Translate. You can also hear the translation of input text using the “Listen” feature. For instance:

If you’re translating from English, just click on the microphone on the bottom right of the input box, speak your text, and choose the language you want to translate to.

Download the latest Google Chrome 11 now or update directly by going to ‘About Google Chrome’. We’ve added the links for standalone offline installer of Chrome 11 Stable for users who want to save time & bandwidth when installing the same on multiple systems.